Rambling Into The New Year 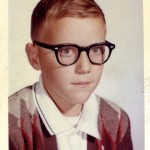 The Artist as a young man.

Well, here we are in 2013 and already things are changing. Today’s Big Story is the closing of Cirino’s Restaurant in Nevada City, and the rumors surrounding Jerry’s decision to bail. In his ad in The Union, Cirino cites the Affordable Care Act as one of the deciding factors. This does not surprise me. I’ve known Jerry for many years, back when he was a contractor with aspirations of chefdom, and he’s always been a somewhat conservative guy. I’m sure the government barging into his business decisions played at least some part in the downsizing. Then again, maybe he’s ready to slow down after 30 years. He’s not getting any younger.

Fizzled Cliff – After all the handwringing and hurled expletives, Congress passed a truncated tax bill in the wee hours of the new year. Republicans who painted themselves into a corner with the Norquist “no tax” pledge reasoned that the higher rates for all went into effect at pumpkin time on the first, so their yes votes were actually lowering the taxes for everyone but the hated evil rich fuckers.

Speaking Of Evil Rich Fuckers – One fellow who didn’t make it under the wire was Big Al Gore, who tried to unload his failed TV network to the Qatar Oil Barons before the balls dropped. The former Veep loves the color green, as long as it’s on a US dollar.

Did I Miss Something? – A couple of loose ends from last year…First, did they ever publish the results of the Nevada City “happiness” survey? Could be they did and I missed it. Unlike some bloggers, I am not infallible. Second, how come nobody ever blogs on the CABPRO site anymore? There hasn’t been an entry since Todd left many moons ago. I know CABPRO likes to keep a low profile, ala “skull & bones”, but you’d think they might have something to talk about from time to time. Are we critics too intimidating?

11 Responses to Rambling Into The New Year