Time To Pop The Corks 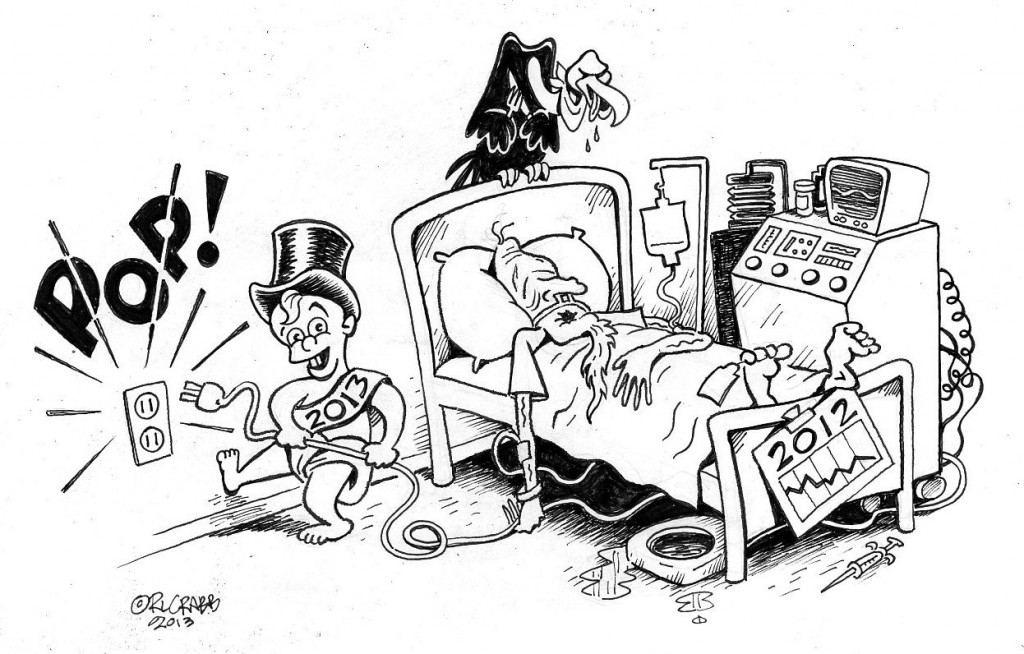 2012 is finally, thankfully, over. It will no doubt go down as one of the most dysfunctional years in history; the year that saw the Republican party suffer its worst drubbing since those heady days of Barry Goldwater. It was almost like the scenario Jim Carrey faced in the movie, Liar Liar. Republicans could not help but tell the truth, and when voters understood that these people were seriously deranged they decided to go with the devil they know.

The Democrats wasted no time in declaring that we had entered a new era of progressive dominance, just short of a thousand year reich. Even though they just managed to hold their own nationally, the results in California were particularly devastating for the Grand Old Party. Ironically, the only thing standing in the way of an onslaught of new taxes, fees, rules, regs and political corrections is Governor Jerry Brown. The Moonbeamer is now seen as the closest thing to conservative this state will see for another generation.

This worries progressives, who want to fast track their version of Sherman’s march to the sea. The thought of cheap natural gas is more toxic to them than the chemical cocktail oil companies use to coax the reluctant fumes from the bowels of the earth. Their only path to salvation is to force higher utility bills on the public in an effort to make us quit our filthy habit. Unfortunately, the demand for electricity to power our cyborg future will only grow, and even if we beat all our guns and swords into solar panels it is unrealistic to think that it will satisfy our addiction any time soon.

Barack Obama understands this conundrum. He knows that punishing citizens with big bills, especially those in heavily frozen Democratic states, is the one thing that could derail the bullet train to the future. He’ll continue to walk the tightrope between Big Oil and enviro-fundamentalists or face another reboot of 2010.

There are many challenges ahead as the 21st Century waves goodbye to the “tweens and enters its teenage years. If the number thirteen wasn’t ominous enough, come February we’ll enter the Chinese Year Of The Snake.  Watch where you step.

1 Response to Time To Pop The Corks