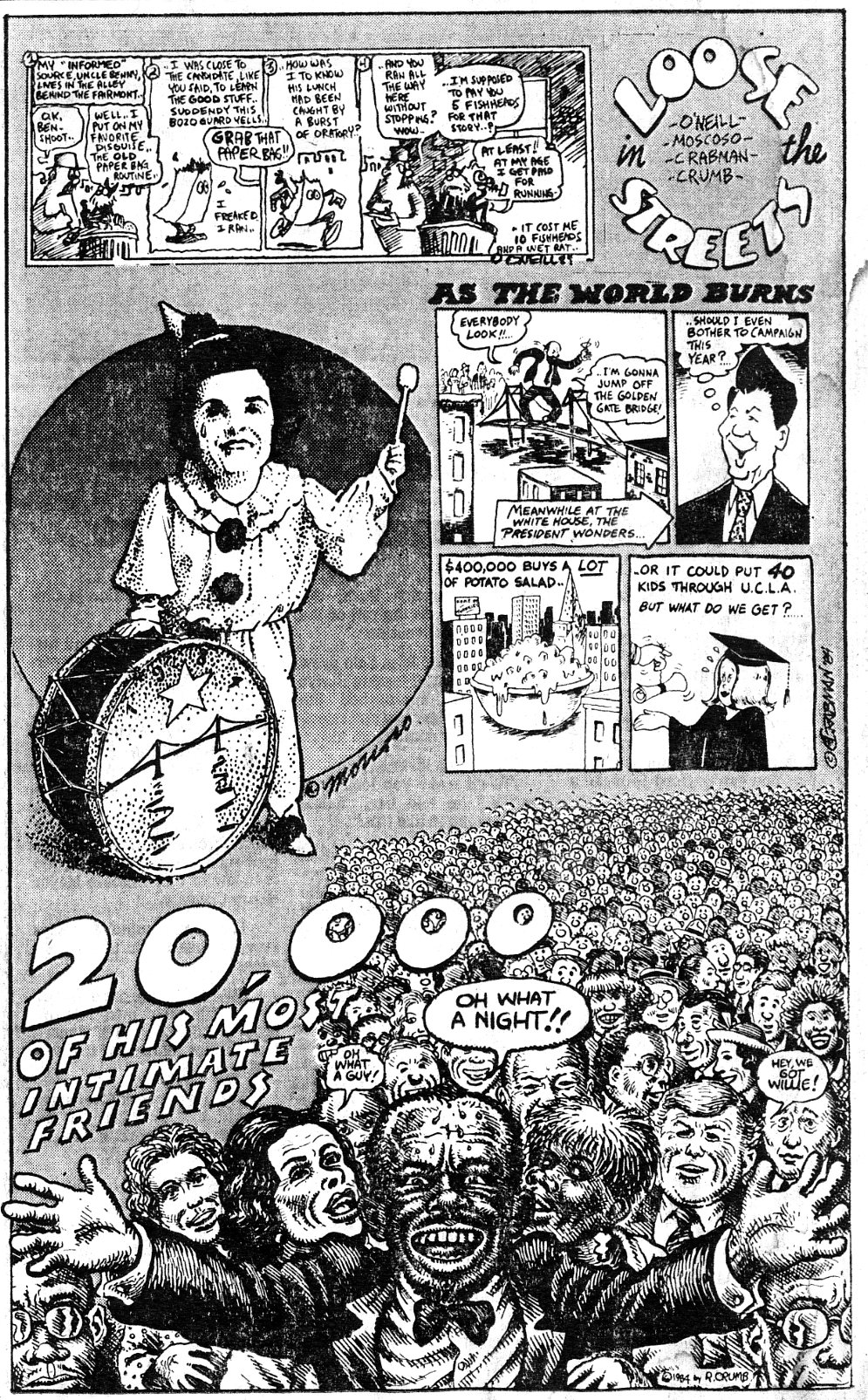 While searching through my “files” for something totally unrelated, I came across some weathered copies of the San Francisco Chronicle from 1984. It was during the Democratic National Convention held in The City that summer. Chron columnist Warren Hinckle was doing a special section devoted to the con, and a gang of local cartoonists was recruited to provide some humor. I was lucky enough to tag along with the big boys, mostly to do layouts and and background fill-ins. It was quite a notorious group, featuring Robert Crumb, Victor Moscoso, Spain, Phil Frank, S. Clay Wilson, Dan O’Neill, and others. We set up a makeshift studio in the women’s dressing room at the Mitchell Bros. O’Farrell Theatre and scribbled away for four days of unscripted insanity.

The main thrust of this particular entry was a lavish party hosted by then-assembly speaker Willie Brown. It was said that Willie’s friends ponied up $400,000 for the extravagonzo, and the main feature was a scale model of the Golden Gate bridge that you could walk across. 20,000 lucky Democrats were invited to the shindig, but sadly, I was not one of them.

It didn’t stop the ragged crew of cartoonists from imagining the event, though. And since many of those involved had trouble with the daily deadlines I was recruited to add my own cartoon, “As The World Burns”, in next morning’s fishwrap. I was thrilled to be included with legends like Crumb and Moscoso, but was horrified when I saw the printed version. The editors had jumbled my four-panel cartoon, running it backwards! Oh well, welcome to the big leagues.

(Sorry if some of the text is hard to read. Like I said, this page was reproduced from a weathered old newspaper. No digital.)