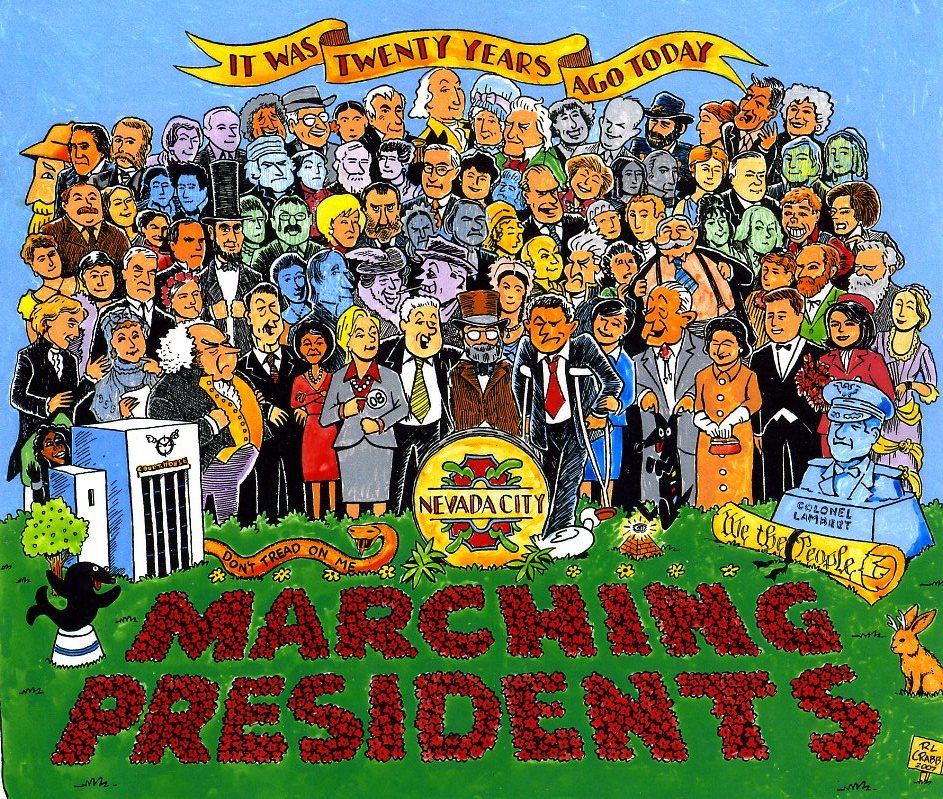 Friday evening we attended the annual Famous Marching Presidents Constitution Day pre-parade party at the Connors’ home in Nevada City. As usual, it was a festive event featuring a pot luck buffet fit for a president, and an opportunity to visit with old friends and new faces. The Chief Executives have been a regular feature of the procession for over a quarter of a century now, and the parade itself is closing in on its fiftieth anniversary in a few years.

Of course, the parade has invaded the Crabb home long before September. My lovin’ spouse, Mary Ann, and her cohorts in the Merry Widow Society are also featured in the yearly constitutional, and they have been preparing their entry for the last two months. I’d tell you about it, but their plan is a closely guarded secret. Any slip of the tongue would result in a trip to the woodshed, or maybe the Moscow airport, so don’t look for any revelations on Wikileaks. All I will say is they will be…colorful.

In these tumultuous political times, the constitution is more important than ever. Go out, participate, enjoy. Be damn thankful we still have one to celebrate.