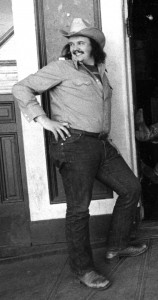 It is with great sorrow that I must report the passing of Richard “Doc” Halstead. Doc suffered a heart attack at the Northridge in Penn Valley over the holiday weekend.

He was a homegrown Nevada City boy, raised in his father’s drug store on Broad St. and schooled at Mount St. Mary’s in Grass Valley. He served with the marines as a medic in Vietnam, hence the nickname “Doc”. We met sometime in 1969, although I don’t recall the exact date or circumstances. He was an aspiring folk singer, and along with fellow musicians Charlie Williams, Bob Carson and Bodie Bogeman started a band called The Dogbar Sickle Company. They made a few demo tapes of original songs and played at what few gigs were available in Nevada County in those early days, but the band broke up in 1970. 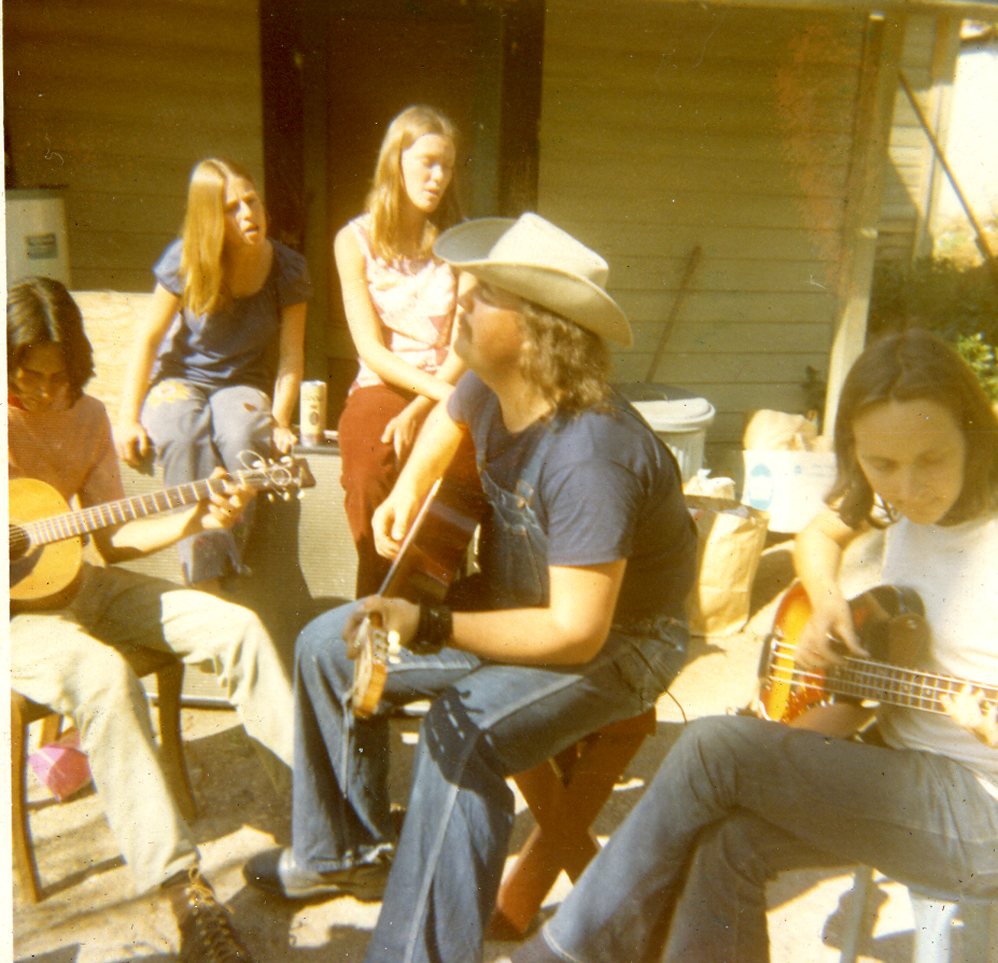 After that, he teamed up with the ensemble that would become the first incarnation of the Carrie Nation band, shown here with (L toR) Charlie Williams, Troy Woodman, Debbie Reese and Arthur Mommi. This photo was taken the day before Doc, Charlie and I left for Atlanta, Georgia to expand our musical horizons.

Atlanta was the happening place for music in 1972, thanks to The Allman Brothers Band. We lived with Charlie’s uncle Greg, a trappist monk who was running a rehab center on Peachtree Street (the Haight St. of Atlanta).  After a few weeks, Greg found us a two-room cabin outside of town where we could live rent-free until we got our bearings in the new environment. We performed a few times as a trio in Underground Atlanta, and found employment at an onion packing plant for two bucks an hour. We convinced fellow Nevada City musicians San French (keyboards), Bill Smart (bass), and Arthur Mommi (guitar) to come back east to start a new band. San and Arthur didn’t stay long, but the rest of us were determined to find our fortune in Dixie.

We moved into a roach-infested duplex after that, where Doc and I wrote “Empire Mine”, an ode to the early goldseekers of Nevada County. I eventually moved out and got a job as a forklift driver at Owens Corning Fiberglass in Fairburn, but we always stayed in contact.

In 1973 I was in a near-fatal car accident. Doc and Charlie were my only family there, and helped me through the worst of it. After I was released from the hospital, I moved in with Doc in the Ben Hill neighborhood. While I had been convalescing in traction, the boys had finally put together the band we had been searching for. Carrie Nation went on to become a popular act in Atlanta, opening for big names like Humble Pie, James Cotton, and Jojo Gunne. The band toured all over the South during 1974 and ’75.

As luck would have it, we met up with one of Doc’s old classmates, Dave Furano, who was running much of Bill Graham’s touring operation. Dave convinced us to return to California, and arranged for us to appear at Winterland as the opening act for Elvin Bishop and Kingfish. We played clubs and concerts all over Northern California, but success eluded us. Acting on bad advice, Doc was kicked out of the band, and things just went downhill from there until Carrie Nation broke up in 1977.

But Doc never held it against us, and we remained friends. He went on to tend bar at Duffy’s, and managed the equestrian center in Penn Valley. We became roommates again when I was working at the Northwoods Clubhouse at Tahoe Donner and he was once again in the horse business.

After that, he went on the road with Winterland Productions, selling overpriced t-shirts and other band paraphernalia. He lived in Nashville for a time, but returned to Nevada County where he sold real estate and helped to revive the Penn Valley Rodeo.

In recent years, Doc was always a guest at our Thanksgiving dinner. This year, it was just the three of us. We reminisced about those “good ol’ days”, and he and Mary Ann swapped stories about their heart surgeries. Anymore, I always treat these occasions like they could be our last. It’s no secret that we led hard lives, and as we grow older the bills are coming due. But As Doc said that night, “If I had it to do over again I wouldn’t change a thing.” Damn straight. We lived through some extraordinary times, and a better friend I’ll never have. I wouldn’t trade that for all the gold in Fort Knox.

Farewell, old friend. You will be missed. 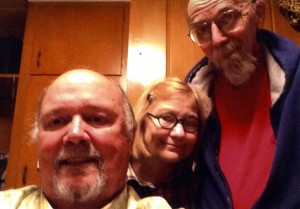 At right – A “selfie” taken by Doc with Mary Ann’s I-pad in our dining room on Thanksgiving night.