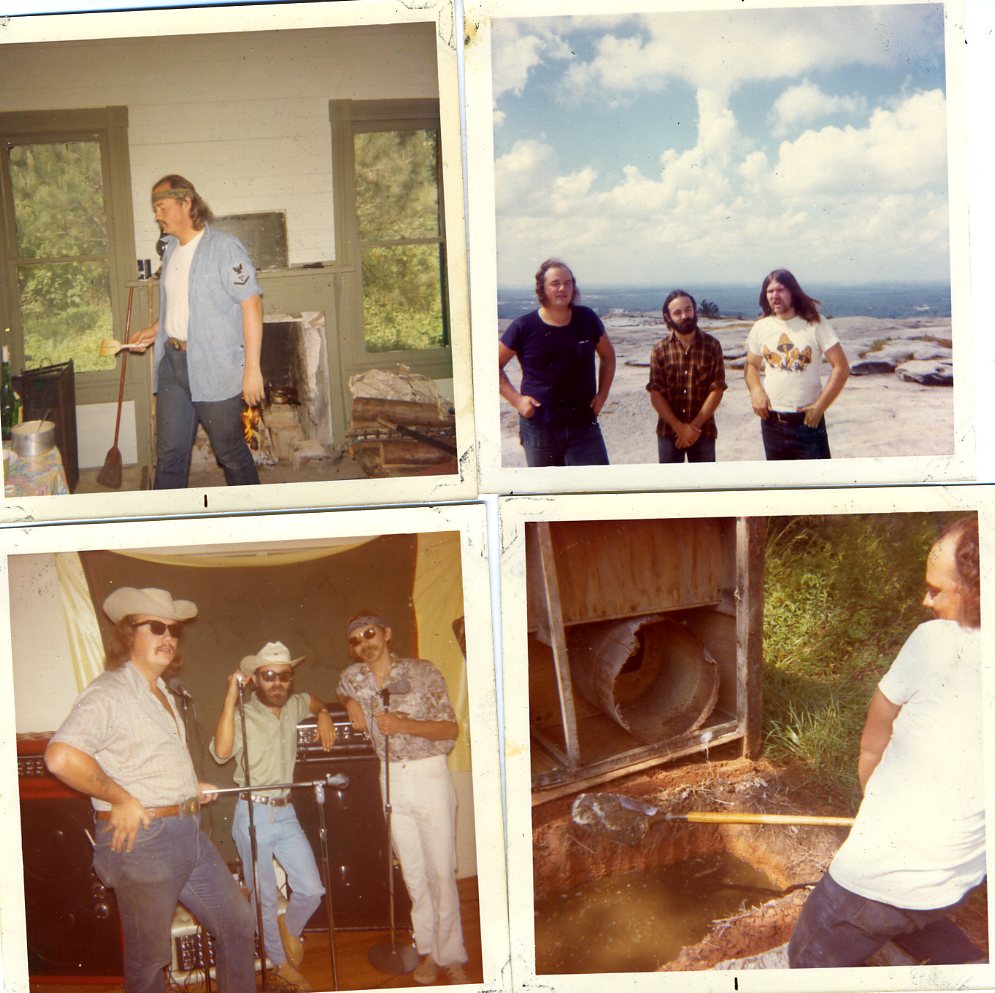 Here’s some of the memorabilia from those thrilling days of yesteryear. Top Left: This is at the cabin we lived in. No electricity, no phone. Surrounded by kudzu. Top Right: Doc, Billy, and Steve Lane. We were on top of Stone Mountain. Bottom Left: Doc, Billy and me at the duplex in Fairburn. Bottom Right: The first thing we had to do at the cabin was dig a latrine for the outhouse. One day Charlie dropped his wallet, which contained the last five dollars we had to our name. It was quite a job, but we eventually retrieved it. 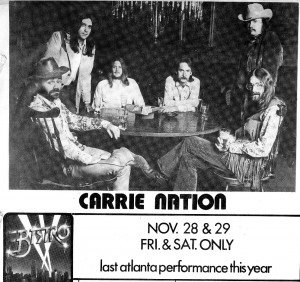 Our first real gig in Atlanta was at a club called The Bistro. It was so small we had to turn the amplifiers toward the wall to avoid blowing out the audience’s eardrums.

This is the poster for our first gig in Nevada City after returning in 1976. It was supposed to showcase the Nation and another local band, Absalom, but their bass guitarist, Art Mommi, died before the show happened. Art had been a member of Carrie Nation, and he and Doc wrote several songs together. 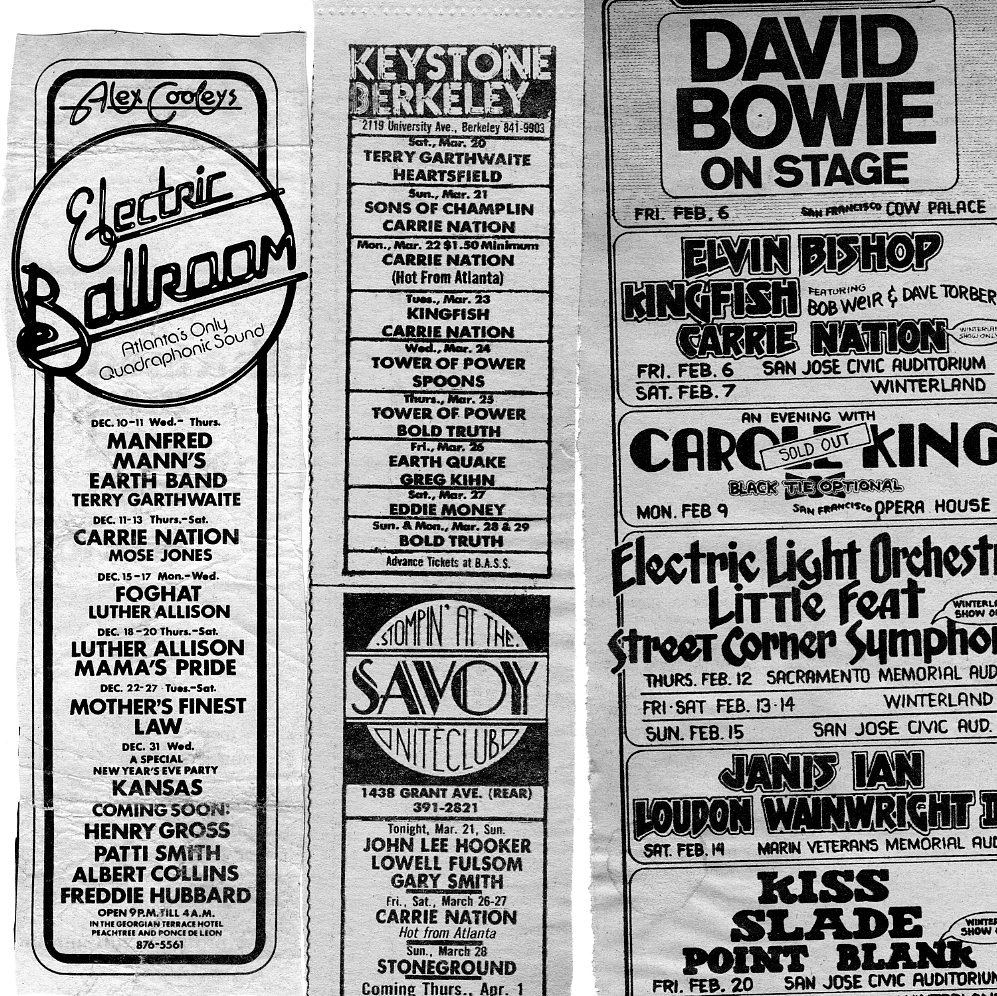 Some ads for the shows the band did with various other acts. 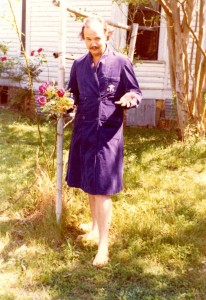 This is Doc at our 16 room haunted boarding house in Union City, Georgia. The rent for the entire building was $75 a month. 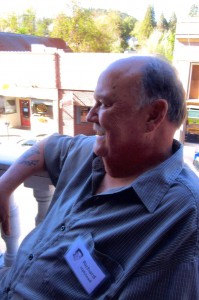 This photo of Doc was taken earlier this year at the Mt. St. Mary’s class reunion, held at the National Hotel.

4 Responses to Memories Of Doc