Ghosts Of Elections Past Finale 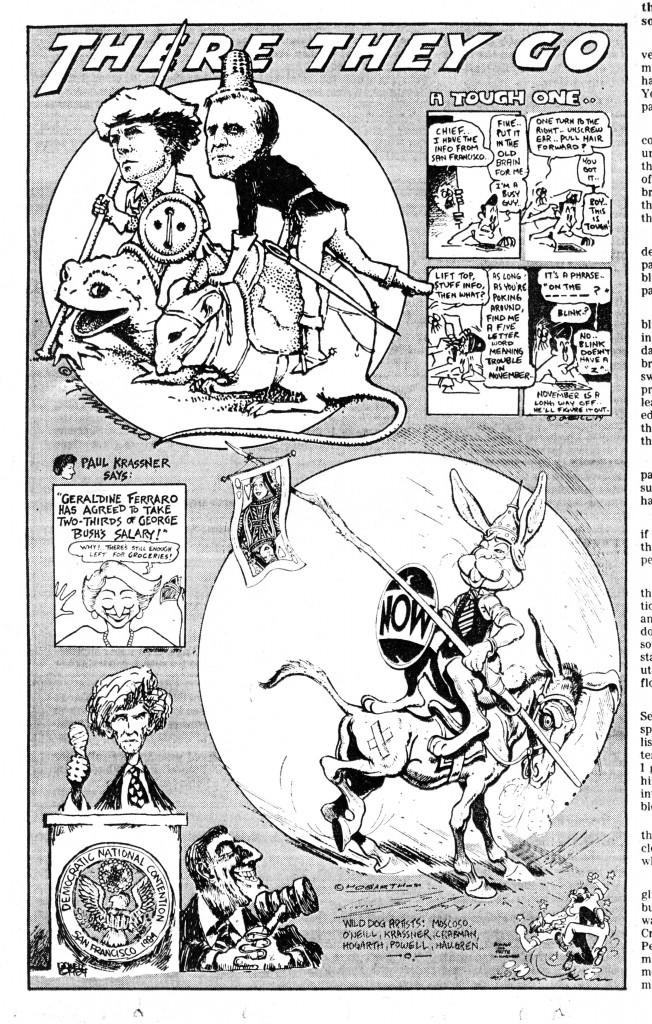 This was the wrap up for the Wild Dogs coverage of the 1984 Democratic convention in the San Francisco Chronicle. Everyone knew that Mondale was going to get his ass kicked in November, so to spice up an otherwise lost campaign Wally decided to make history by picking a woman as his running mate. (Mayor Dianne Feinstein was a close second, but the Dems were not quite ready to pick a Jewish woman. Americans can only absorb so much progress in one sitting.)

5 Responses to Ghosts Of Elections Past Finale