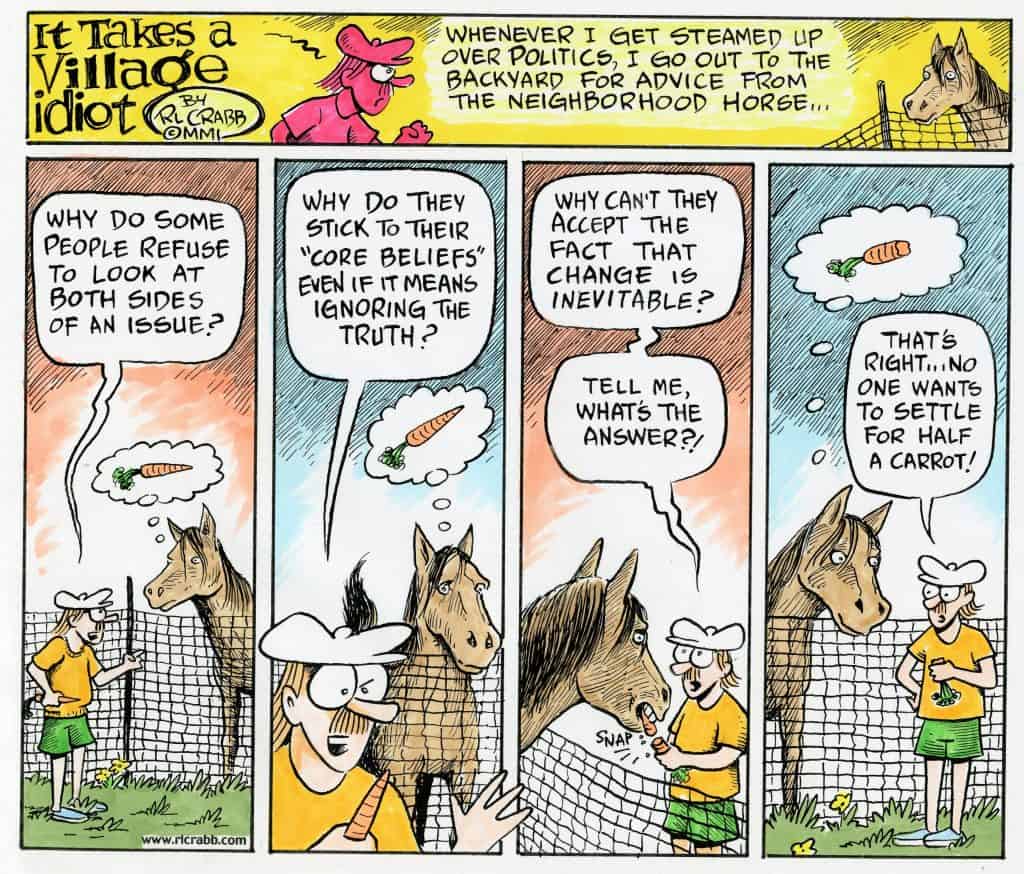 I drew this cartoon sometime shortly before 9/11. It was apparent to me then that there was a growing divide between the American left and right. The chasm between them has only grown since then, to the point where it will be next to impossible to govern the nation as a whole.

Two recent incidents have pushed the envelope towards open rebellion. The alt-right maniac in Portland who killed two men for intervening in his verbal attack on two Muslim women and who now takes every opportunity to vent his hatred at his court hearings and the deranged Bernie supporter who shot Majority Whip Scalise and two of his security detail in Alexandria, Virginia.

Partisan media commentators on both sides are using these atrocities to further the division. We are constantly inundated with reasons why reconciliation is impossible.

Both sides will settle for nothing less than the whole carrot, and both believe their adversaries are on the short list for political extinction. Both have been repeating this fantasy since well before the turn of the century… Just one or two election cycles and it’s all ours! The people will rise up and…yeah, yeah, you’ve heard it all before, I’m sure.

An optimist might imagine that breaking up the country can be done through political means, but the same problems will persist. States themselves will implode as rural districts seek independence from the urban majorities. Natural resources will be coveted by both sides for different reasons.

I feel like a broken record. So many of my cartoons touch on this theme and yet I can’t stop, because to stop is to give up the hope that pragmatic heads on both sides will see that dissolving America is a bad idea. A really bad idea.

24 Responses to Half A Carrot