Because of the similarity in our names, a few people have confused me with fellow cartoonist R. Crumb. There were a couple of instances at conventions when excited fans would confront me, babbling about how much they liked my comics. When it became apparent that I wasn’t who they thought I was, I’d correct them by directing their attention to my badge. Some guys got pissed, thinking I was trying to pull the wool over their eyes. (Hey! It’s not my fault that they didn’t look at my con badge a little closer!) 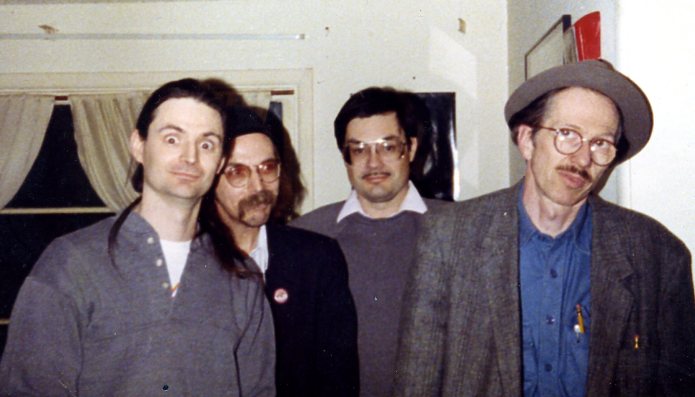 This is the only known photograph of me and Crumb together. It was taken in 1993 at our secret townhouse headquarters known as “The Crabpot” in Seattle, Washington. Left to right: Pat Moriarity, me, Pete Poplaski, and Crumb.

3 Responses to I’m Not R. Crumb