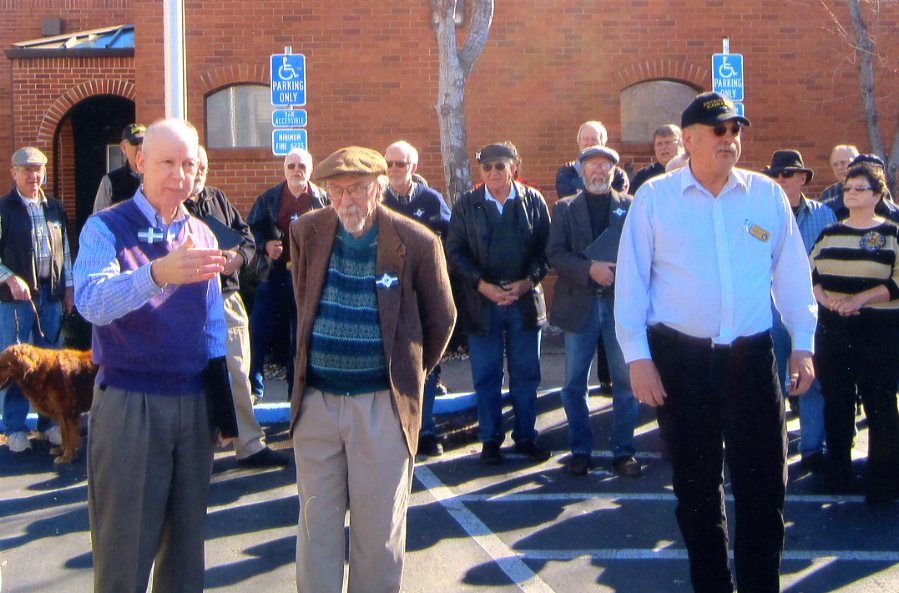 Last week I received a phonecall from Eleanor Kinitzer, asking if I planned to attend this year’s St. Piran’s Day celebration at city hall in Grass Valley. I assured her that I always attend, being a descendent of Cornish immigrants myself. Eleanor (who is the musical director of the Cornish Choir) told me that I was to be recognized for my humorous contributions to local Cornish lore, which amounts to a few cartoons in The Union.

I didn’t know what to expect really, and was quite shocked when local historian/author Gage McKinney announced that a new plaque was being prepared (and unfortunately not in time for the event) that would honor those individuals who kept the Cornish headlamp shining in Grass Valley. This plaque would hang proudly in city hall, and the first name on it would be RL Crabb.

It was a totally unexpected honor. Considering the accomplishments of other community members, I would count myself as a minor footnote in local Cornish history, but there it is.

The rest of the morning’s festivities included the annual pasty toss, where the mayors of Grass Valley and Nevada City hurl kibble-filled pasties onto a makeshift Cornish flag. Whoever gets closest to the center of the white cross gets to display the trophy for the next year, and the town dogs devour the evidence.

19 Responses to We’re All Cornish On St. Piran’s Day