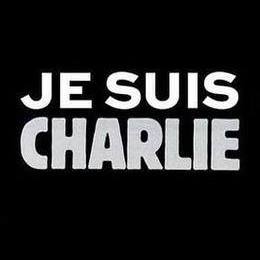 What is Freedom of expression? Without the freedom to offend, it ceases to exist.           -Salman Rushdie

I have been involved in some very heated discussions since the murder of the Charlie Hebdo cartoonists on January 7, 2015. While there has been a massive amount of public support for the right to draw cartoons featuring religious figures such as the prophet Mohammad, there are those (including other cartoonists) who find the practice needlessly provocative and counter-productive.

Considering the potential consequences, it is not a wise career choice. Since the publication of the first issue of Charlie Hebdo after the massacre, there have been riots in several Islamic nations, destroying churches and synagogues. There are cartoonists such as Molly Norris and the Danish artists who were forced to go into hiding for even suggesting such blasphemy, and  Salman Rushdie, who spent decades underground for writing about Islam in less than reverent terms.

While I personally have never been the target of such fanatic behavior, I have done comics where I satirized Muslims. Even before I published my first comic, I drew Khadafy Duck and Ayatollah Kockamamie in posters I did for a local nightclub. After the publication of Tales of the Jackalope No. 3 (1986) featuring those characters, a few people accused me of racism for referring to Arabs as “towel jockeys” and implying that they lacked proper hygiene. In hindsight, that was an unfair stereotype, and these days I try to be more sensitive about making sweeping generalizations. Everyone should have the freedom to be young and dumb. 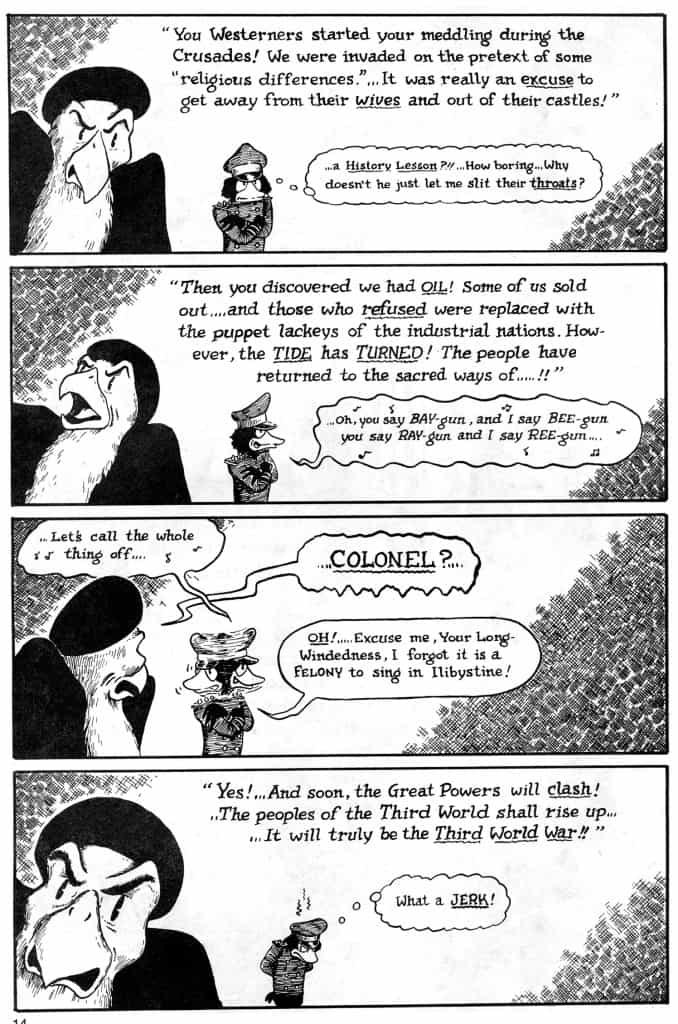 Some things never change, it seems, and although both of these characters have gone to meet Allah, their successors have proven to be even more brutal and bloodthirsty.

Thanks to the modern miracle of the internet, anyone with a computer is able to see what goes on in these dark corners of the earth. Friends send me video links to the modern atrocities perpetuated by those who pervert the faith. I’ve seen women buried up to their neck and pummeled with stones until the screaming stops. I’ve witnessed the massacre of scores of young men whose crimes amounted to being part of the wrong sect in the wrong place at the wrong time. I’ve seen enough photos of girls’ faces scarred by acid to make my eyes bleed. Boko Haram slaughters entire villages and sells the children into slavery. There are home movies of beheadings. There’s another where a fanatic cuts open his fallen enemy and eats his heart. In Saudi Arabia blogger Raif Badawi was sentenced to ten years and 1000 lashes for writing “the only way to deal with an unfree world is to become so absolutely free that your very existance is an act of rebellion.” And just today comes a report of boys executed for watching a rival sect’s soccer match. I doubt that such a penalty will be levied on the New England Patriots for having deflated balls.

I don’t go out of my way to find these horrific scenes. They tend to show up in my news feed or in links from friends. I don’t enjoy seeing them, but like the driver passing a bloody car wreck, I can’t help but look. And I feel an obligation to look at them, if for no other reason than I will never see them in the sanitized mainstream media.

It makes me think back to the nineteen thirties, when it was considered bad taste to criticize the Germans and Japanese. It was none of our business what happened on the other side of the world. Charlie Chaplin was reviled for his famous film, The Great Dictator. In the years before the cold war, George Orwell was so disgusted by the lack of truthful reporting by the English press that he constructed his classic fable Animal Farm and had much difficulty in finding a publisher. In his proposed preface to the book he wrote:

If publishers and editors  exert themselves to keep certain topics out of print, it is not because they are frightened of prosecution but because they are frightened of public opinion. In this country intellectual cowardice is the worst enemy a writer or journalist has to face, and that fact does not seem to me to have had the discussion it deserves.

I don’t know what offends me more, the actual acts of terror or the lack of testicular journalism that coddles it. If the mainstream press is so pitifully afraid of showing a drawing as inoffensive as the cover of Charlie Hebdo, 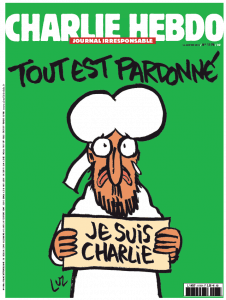 are we to expect the next mass murder to be labeled as just another case of “workplace violence?”

I understand that the rationale for this behavior is to keep from upsetting the majority of Muslims who have never committed a crime. I have no animosity toward the followers of Islam, nor do I have any plans to start drawing Mohammad in compromising positions just to be mean. But I do intend to ridicule those who pervert the faith, because I’m offended by the things I see. I encourage others, especially Muslims, to follow suit and support those brave writers, cartoonists, or just girls who want more from life than “submission” in these oppressed lands. To remain silent or to make excuses in the face of such injustice is the greatest offense of all.