Inept Vs. Insane: Seeing The Elephant 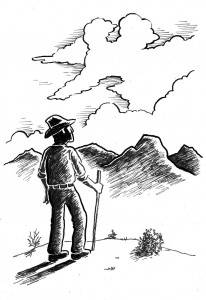 Sightings often begin with excitement and high ideals, only to be disappointing or disenchanting.  The high excitement followed by the low frustrations are what epitomize the elephant as something most wanted to “see” but few would have ever wanted to “see” again.

Who or what is the elephant here in the thirteenth year of the 21st Century? Is he the evangelical elephant? The Tea Party elephant? The libertarian elephant? Can a RINO also be an elephant? He most certainly is not the pachyderm we knew in the good old days, if such days ever truly existed. Even Grand Old Poobahs like George Will and Charles Krauthammer shake their heads in disbelief as the party sinks deeper into the dark pool of schizophrenia.

We outsiders didn’t think the party could get any weirder than those heady days when Newt Gingrich and his Young Turks roamed the halls of Congress carrying Clinton voodoo dolls, searching for scandals in broom closets and generally gumming up the grinding gears of government. Even when the stories about Wild Bill’s extra-executive exploits proved to be true, their magic wasn’t strong enough to push him out of the Oral Office.

It was hard to believe they hadn’t learned some kind of lesson from that experience, but when Barack Obama ascended to the presidency they just went to pieces. He’s a Marxist Muslim Manchurian from darkest Kenya! He plans to burn the constitution and install himself as President-for-life! He eats dogs! …The list goes on. Alcoa stocks hit new highs as the faithful covered their heads and windowsills with tinfoil to silence the voices from the UN satellites and stealth drones.

And so they are stuck in a massive identity crisis. There are Indian Elephants (Nikki Haley, Bobby Jindal), African Elephants ( Condi Rice, Allen West, Herman Cain), Pink Elephants (they’ve been boarded up in a log cabin), but most are White Elephants, the kind you wrap up and give away at Christmas to get them out of your house.

And it’s sad, because they have some legitimate issues. We are spending our way into oblivion. The Democrats are dedicated control freaks with their own crazy nutso ideas about how we should live our lives. But as long as the GOP nominates borderline morons who can’t  stop pontificating about the rights of rape-babies, trying to do end runs around voting rights, push equal time for creationists in public schools, stonewall immigration reforms and reasonable rights for gay citizens, and lecture us about entitlements while they skim subsidies and make sweetheart deals with their own crony capitalists, they’ll never get my vote.

And I’m betting they won’t get many others as well. Can they overcome their egos and return to the majority party? In this dysfunctional age anything is possible. The Democrats are more than able to tank the economy or land us in another horrific war. But even if the Schizopublicans manage to win the next round, their own psychotic agenda will doom them to a short and ugly reign.

INSANITY: doing the same thing over and over again and expecting different results.   -Al Einstein

32 Responses to Inept Vs. Insane: Seeing The Elephant