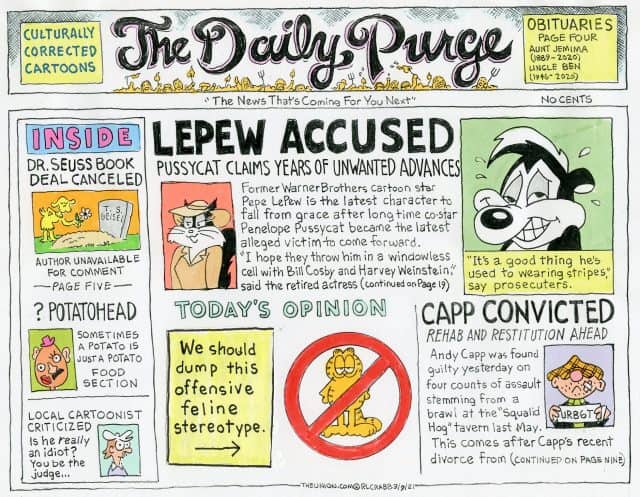 s, yes…I know the Dr. Seuss books in question have not been BANNED exactly, but did they have to make a politically correct sideshow out of it instead of just saying the books didn’t sell?

As usual, my sensitive friends will argue that “cancel culture” is a pigment of my imagination, but I will continue to raise warning flags (not confederate flags, mind you) about the creeping censorship I see growing in an ever-sanitized society.