Fellow artist and criminal Miriam Morris was chastised by the Nevada City city council this week for her unauthorized art project on Commercial Street. Ms. Morris is well known to the Hysteric District for her decades long commitment to beautify our ailing downtown. The flowers that pop up in Calanan Park and the post office, and the subtle little paintings in the cracks and crannies around town all can be traced back to this outlaw and her gang.

For the most part, the city’s businesses and residents have welcomed these additions. City government and public works have cautiously approved, as long as the sacred historical dictums are not violated.

Miriam decided that ailing Commercial Street needed some cheering up after the pandemic subsided and the unsightly wooden deck was removed, leaving the cracked and pockmarked asphalt exposed. She proposed a painted representation of our beloved river, complimented by flora and fauna, which would cover the ugliness until the city repaved the street later this year.

After several months of silence from the slowly grinding gears of government, she went ahead and executed her devious plan with the help of her prepubescent pirate gang. 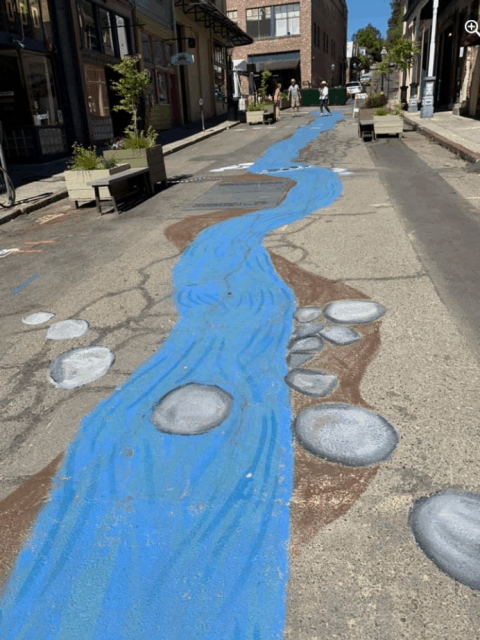 The previously silent city suddenly sprung into action, denouncing this affront to their authority as a criminal act. Morris was warned that her audacious action would jeopardize all her accomplishments in previous years, and that she could be charged with vandalism and possibly face fines and reimbursement to the city for the clean up.

After an attempt by city crews to blast the offending art from the street with hoses failed, they returned with buckets of black paint and proceeded to blot out every rock, turtle, and drop of blue paint, leaving the street a dark and desolate wasteland. 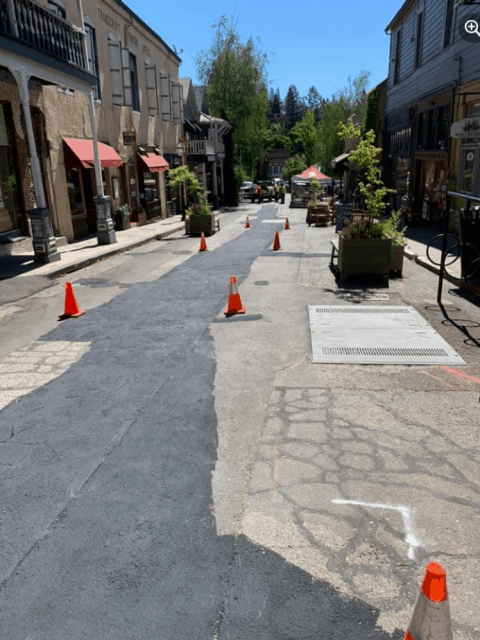 Where do we go from here? The next chapter has yet to be written, but it’s clear that Nevada City needs to update its stance on public art. The idea that murals and historic architecture cannot exist side by side is as outdated as Victorian social mores. We can make this work. 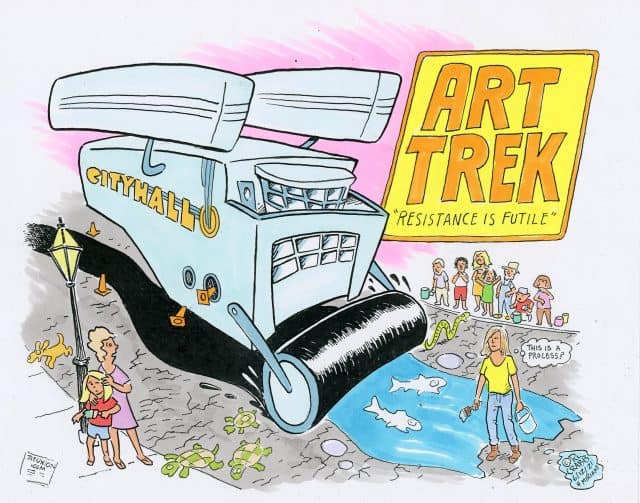