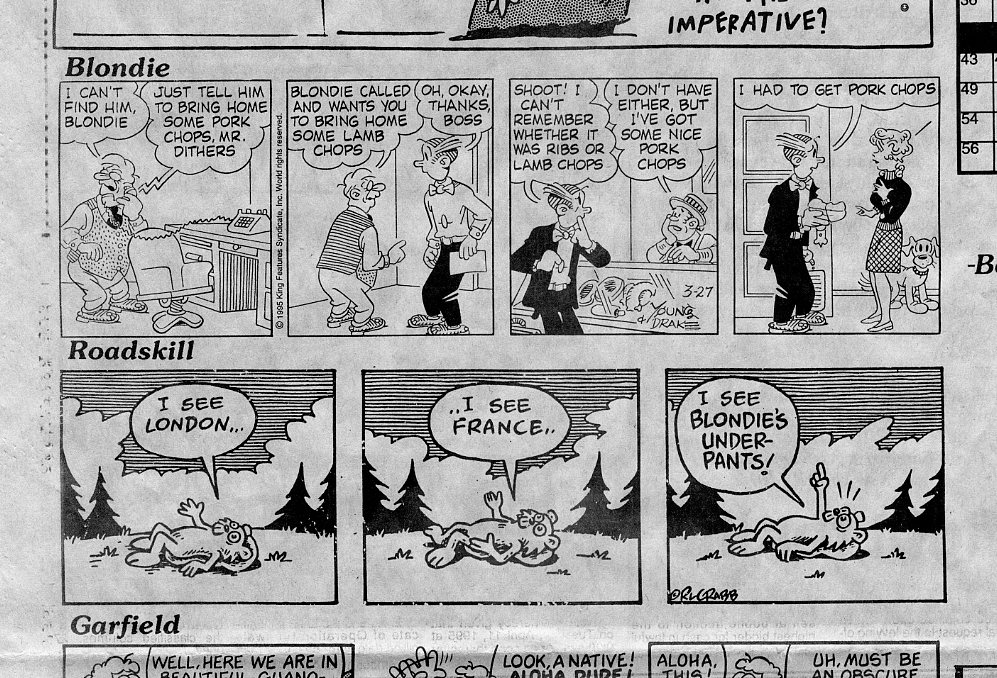 Before It Takes a Village Idiot graced the pages of The Union, I did a daily comic strip called Roadskill. It was the continuing adventures of Earl and Burl Squirrel and their nemesis, the road. Most of the strips involved the characters trying (and usually failing) to cross the highway. Unlike their real life counterparts, they would always live to run the road again, kind of like Wiley Coyote. Some people thought it was gross, but editor John Seelmeyer loved it and defended me against the slings and arrows of reader criticism.

One day, as a joke, I did the cartoon you see above, pasted in a Blondie cartoon and sent it to John with a note saying “How about this one, John?” Much to my surprise, one of his assistants called and told me he wanted to run it. I said okay, but we had to wait until there was a Blondie strip with her in the right position for the joke to work. It took a few weeks, but we finally got our wish. We anticipated howls of protest, but for the most part it went unnoticed.

After three and a half years, I decided a daily was too much work, especially for what the paper was paying me. I changed the format to what you see today, and the Village Idiot is now coming up on its fourteenth year of publication. Where does the time go?