The Beatings Go On 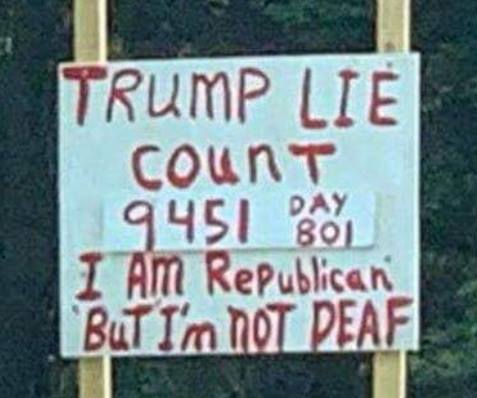 It never ceases to amaze me just how different two people can look at the same evidence and come to completely different conclusions.

Over at Fox (and locally, the fanatical Trumpublickin’ bloggers) they have released the balloons, popped the champagne, and all but conferred sainthood and an assured second term for the babbling president.

“NO COLLUSION,” the chief exec twitters over and over, while vowing to sic the hounds of retribution upon his enemies in the Deep State. His followers scream for new investigations and prosecutions of the disloyal Federal BI, CIA and of course, Hillary and her lieutenants in the DNC.

Meanwhile, over at MSNBC and CNN, the heavily redacted Mueller Report just confirmed to the true believers that the administration was GUILTY of obstruction, and at the very least, passive collusion.Chris Matthews can barely spit out the word, IMPEACH, as his leg quivers in anticipation of the daily thrashing he will inflict on the infidels occupying his beloved White House. Lawyers and activists are lining up  to appear on camera for the next eighteen months to register their complaints of misconduct and criminal behavior. Ratings will soar.

Speaker Pelosi will have little choice other than to proceed with endless hearings while the chanting grows louder from her left wing. There are too many who are ready to impeach without hard evidence, and others who will feel compelled to support their party or fall victim to a primary revolt.

But with the Senate in Republican hands, the chances for removing Trump from office are nil. As Donny has proven over the last two years, he really could murder someone in full view of the press and still command loyalty from his base. (It was justifiable homicide, your honor. The whore was a Democrat traitor. I had to kill her!)

While impeachment seems obvious to the hardcore left, the endless jihad to remove Trump could alienate voters if the screaming and thrashing continues unabated for the next year. Likewise, the hard right’s obsession with jailing their enemies could backfire on an electorate that is more concerned about jobs, healthcare and fixing potholes.

All the while, the dark forces in the Kremlin can’t believe their good fortune. They may live to see the United States dissolve into warring states, just as the Soviet Union did almost thirty years ago.

Or maybe a majority of Americans will tire of the radical two-party shenanigans and throw the bums out once and for all.

12 Responses to The Beatings Go On