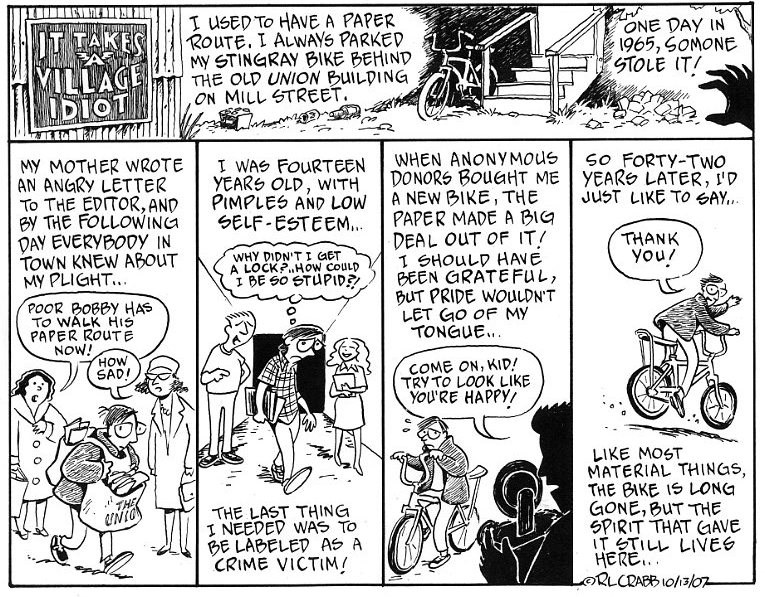 I’ve known Chris Peterson since the sixth grade. Over the years we had many fine adventures at the house we shared on Boulder St., and later at Tahoe Donner. It was a pleasant surprise when he showed up on my blog recently, since we lost contact with each other over twenty years ago. I’m amazed at the stuff he remembers, like the story he recalled yesterday about my stolen bike in 1965. This is my version of the story.

13 Responses to The Bike