The Book Of Weirdo Is Here 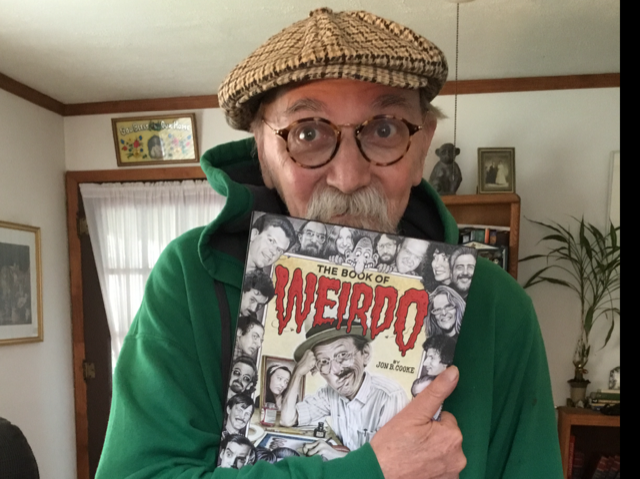 Just received my copy of the long awaited Book of Weirdo. This is a massive volume, featuring testimonials from the countless artists and writers who contributed to Robert Crumb’s quarterly magazine over its twelve year run.

As the title confirms, Weirdo was not a comic book filled with musclebound crusaders or anthropomorphic bunnies and mice. We were weirdos, each and every one, rejected by the mainstream media but gratified to know that we were not alone.

You didn’t have to be a great artist, and it helped to be anti-social. These were people who would vent their anxieties, hates and fears on paper. Their heroes were Bukowski, Burroughs, and Harvey Kurtzman, the creator of MAD magazine.

So I fit in, although barely. I only had one strip published during the entire run, but I’m proud to be a member of the club. I also have a few illustrations in the book, along with a story about Don Donahue, first publisher of ZAP, and a mummified head.

I must credit author and editor Jon B. Cooke for assembling this Frankenstein. His meticulous attention to detail will surely be a great reference for future historians, or perhaps aliens should the human race destroy itself.

The Book of Weirdo will illustrate where it all went wrong.

(The Book Of Weirdo can be purchased @ www.lastgasp.com)

3 Responses to The Book Of Weirdo Is Here