As Oliver Hardy would say, “Well, this is another fine mess you’ve gotten us into.” The Dear Leader has finally shown his true self, a face and personality that has been painfully obvious to any reasonably sane person for five years. Late today he was finally blocked from his last megaphone on Twitter.

The writing was on the wall when all the living defense secretaries published a letter urging the president to avoid using the military to extend his stay in office. When Don Rumsfeld and Dick Cheney are nervous about your intentions, people take notice. 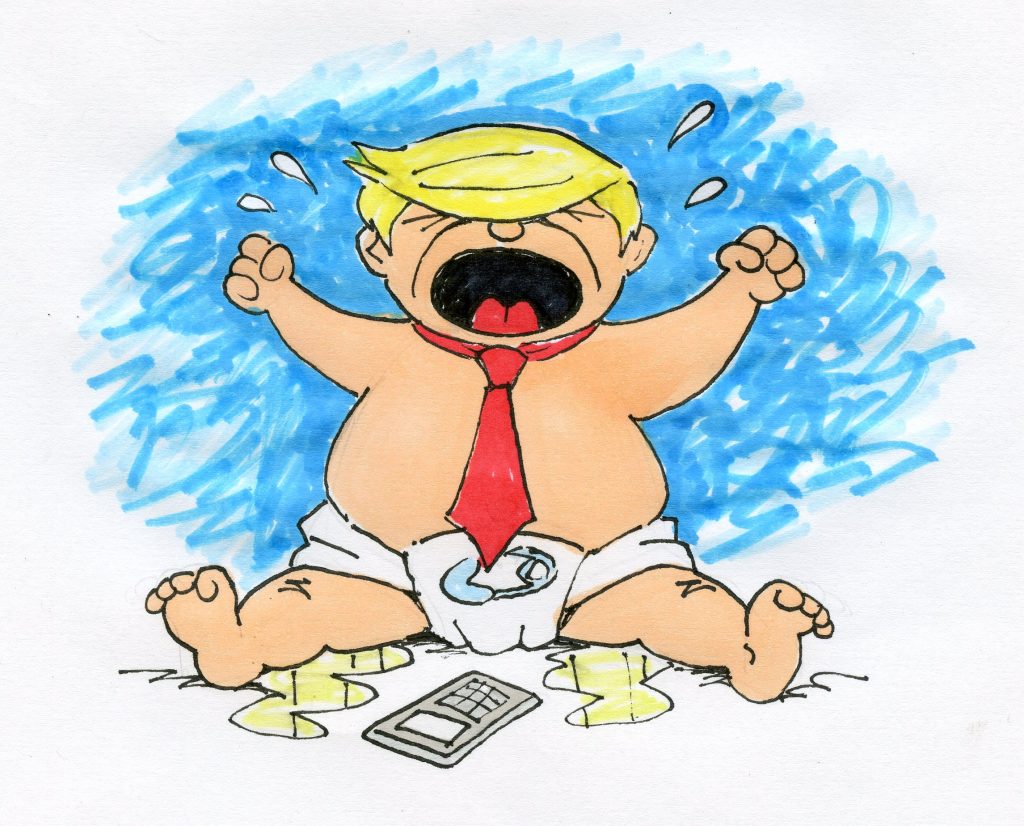 There’s no way he can walk back his pitiful performance on stage before last Wednesday’s debacle. To the end, it is and has always been about Trump. The parallels between Wednesday and those final days in the Berlin bunker are frighteningly similar. He would rather take the country down than surrender, if he could get away with it.

And the stories coming out of the insurgency are sadly ironic. There’s the guy who fell on his taser and fried his nuts before it killed him. The woman carrying a “Don’t Tread On Me” flag who was trampled to death by the mob. The Air Force vet who was shot and killed by Capitol police. I watched a video she made on her phone while driving her car sometime before Wednesday. It was a totally unhinged anti-government conspiracy rant.

His rabid followers cling to the fantasy that the entire episode was brilliantly staged by the treacherous Deep State, George Soros and the paid army of Antifa. Over at Rebane’s blog, his buddies furiously post links to right wing sites either confirming the election conspiracies or whatabouting criminal acts during the riots of 2020. The same thing is going on on Facebook, Parler, and whatever other platforms that still allow seditious posts.

Trump’s closest advisors and Cabinet members are disappearing rather than invoke the 25th Amendment to remove him from office. It looks like it will be left to Congress to impeach him in the week ahead. One assumes that he has been stripped of his ability to launch nuclear weapons. At least we hope so.

It remains to be seen if the long promised revolution will arrive in the weeks to come. Even with prominent Republicans deserting the sinking ship, Trump’s assessment of his followers remains true: He could execute someone on camera (either a Democrat or traitorous former ally) and they would cheer him on.

Keep your powder dry, friends, this isn’t over by a long shot.

4 Responses to The Final Days