This is an updated version of a cartoon I did twenty-some years ago. Partisans on either flank will no doubt cry foul, but I stand by my observation. If anything, I’ve left out too many of their worst traits.

It’s a crying shame, watching this slow motion descent into total dysfunction. If anyone really believed the Democrats were going to right the ship of state, this week’s bungle-fest should make it clear that their agenda is in serious jeopardy.

Just a few months ago, Secretary of Energy Jennifer Granholm was giddy at the prospect of doling out billions of dollars to unions and cities for the Democrats’ grandiose green agenda. Now she’s become invisible, probably smacking herself in the forehead as she watches the President talk himself out of a bi-partisan infrastructure bill that promised to at least begin to patch the holes in our crumbling corner of civilization.

We’ll see if he’s as good a negotiator as he thinks he is, but the window of opportunity is closing fast for any legislation in 2021, and ’22 will be another shit-slinging election cycle. Redistricting, strict voter laws and new seats in red states give the Repudlicans a decided advantage unless the Dems can make good on their promises.

And if that comes to pass, the Neanderthal Party will effectively shut down the government until 2024.

And then the cycle begins again… 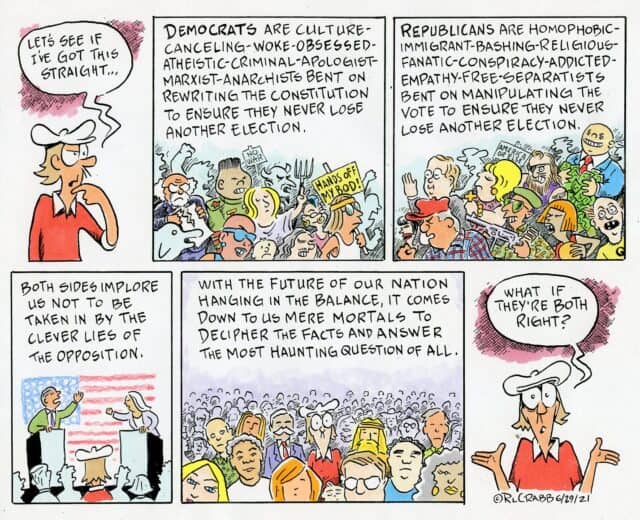 14 Responses to The Haunting Question (Updated)