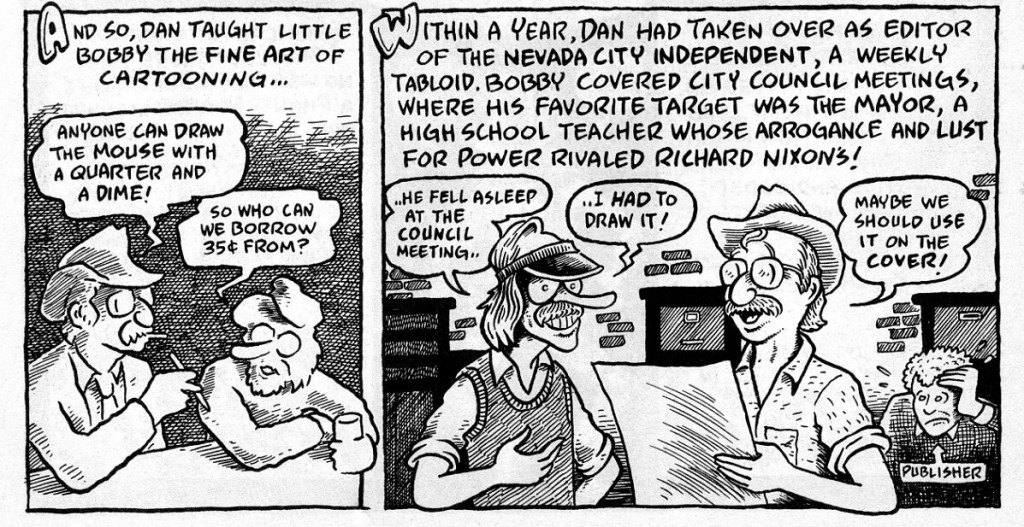 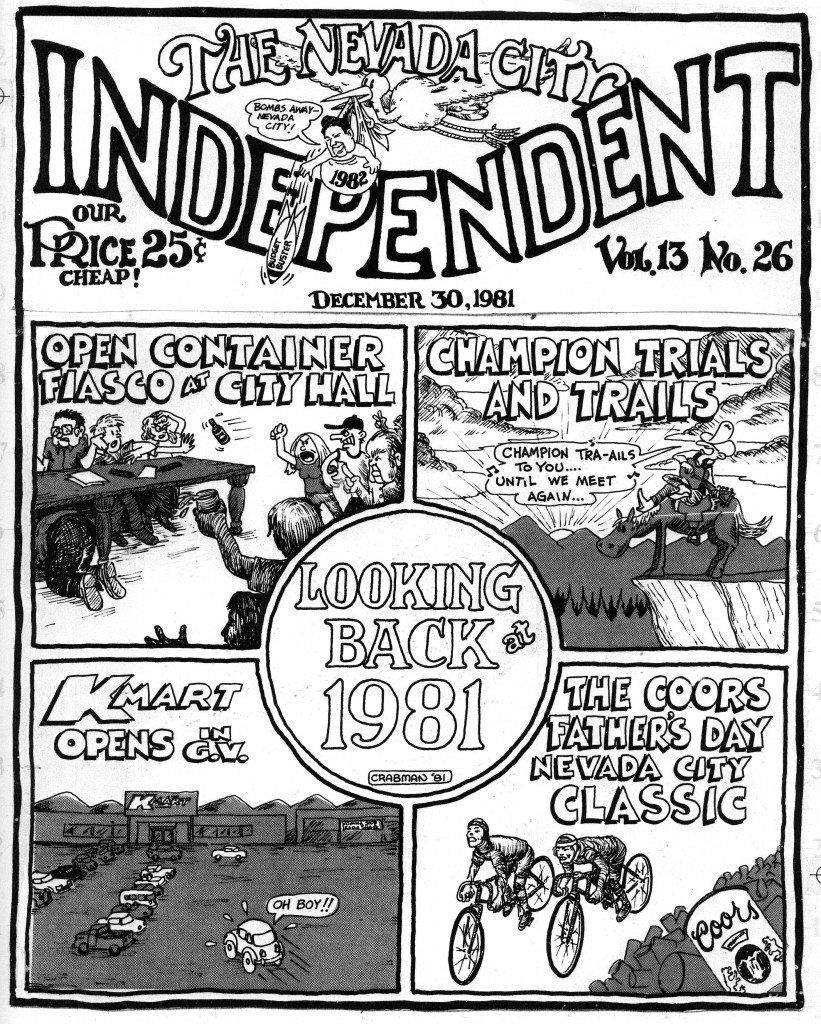 Back in 1980, a feisty little crew of local yokels seized the means of production at The Nevada City Independent. Cartoonist Dan O’Neill, fresh from his battles with the Disney Corporation and the United States Supreme Court, was installed as editor. Along with Bob Lickter, Terry Pittsford, David Parker, Pam Wood, Dave Carter, John Bonner, and yours truly, the little weekly set out to conquer the media world of western Nevada County. It only lasted two years before going bankrupt, but in that time we did manage to shake things up a bit, and even managed to stop a major development (Champion Trails) from transforming the very character of Nevada City.

9 Responses to The Independent