As an editorial cartoonist, I find it necessary to draw our president from time to time. Usually(but not always) it will not be complimentary. Presidents, being at the top of the heap, get the blame for most of the country’s ills and shortcomings. It’s part of the job and most take such criticism in stride, at least in public.

There was a dramatic change when Barack Obama was elected. The sentinels of political correctness deem most any negative portrayal of Number 44 as a personal racist attack, even though the same cartoon featuring anyone before Obama would be acceptable. Why? Because all the presidents before were privileged white oppressors, according to some.  Cartoonists have struggled with this conundrum for almost six year, including yours truly.

The latest outrage came this past week, when cartoonist Jerry Holbert of the Boston Herald ran a cartoon featuring an intruder in the oval bathroom suggesting that the prez try the new watermelon flavored toothpaste. As anyone older than forty knows, blacks were stereotyped through much of the nineteenth and twentieth centuries as watermelon thieves. Now Holbert contended that it was an honest mistake, claiming that he noticed the offending flavor on a store shelf and thought it amusing. Even though the slur was obvious to me, I tend to take him at his word. Cartoonists are only human, despite what the public thinks.

So far, I haven’t been on the shitlist of indecent cartoonists, although I have made the effort from time to time. This is one of the few cartoons I have submitted to The Union that was rejected by the management. 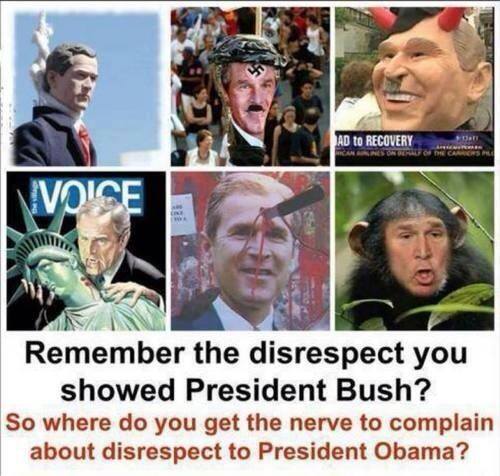 I might have done a few of the scenarios pictured here; the vampire, maybe the devil, but I don’t think I would ever draw any president with a knife stuck in his head. As for the monkey, I’d be lynched for drawing that now, and rightly so. But it does raise the specter of double standards. What do you think?