Thou Shalt Regulate Thy Bovine Flatulence 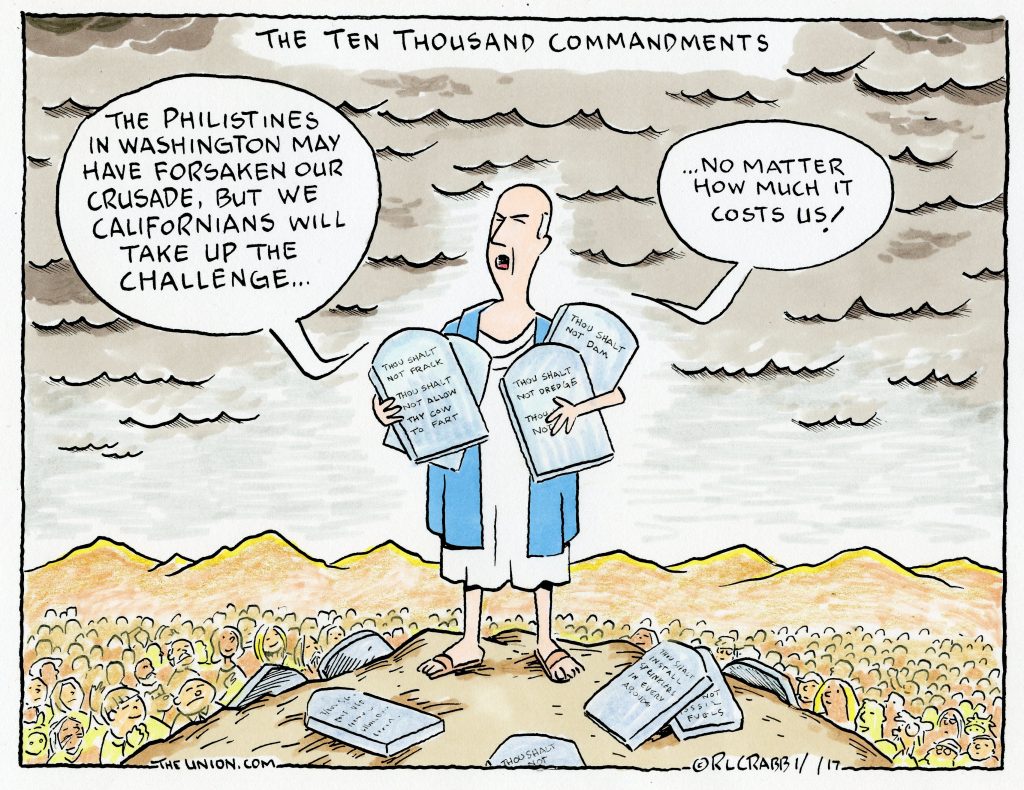 If the Presidonald follows through with his threat to cut EPA regulations in half, you can count on California politicians to double down on ours, more if possible. The war between the feds and the state is going to make living in California even more expensive than it is now.

23 Responses to Thou Shalt Regulate Thy Bovine Flatulence