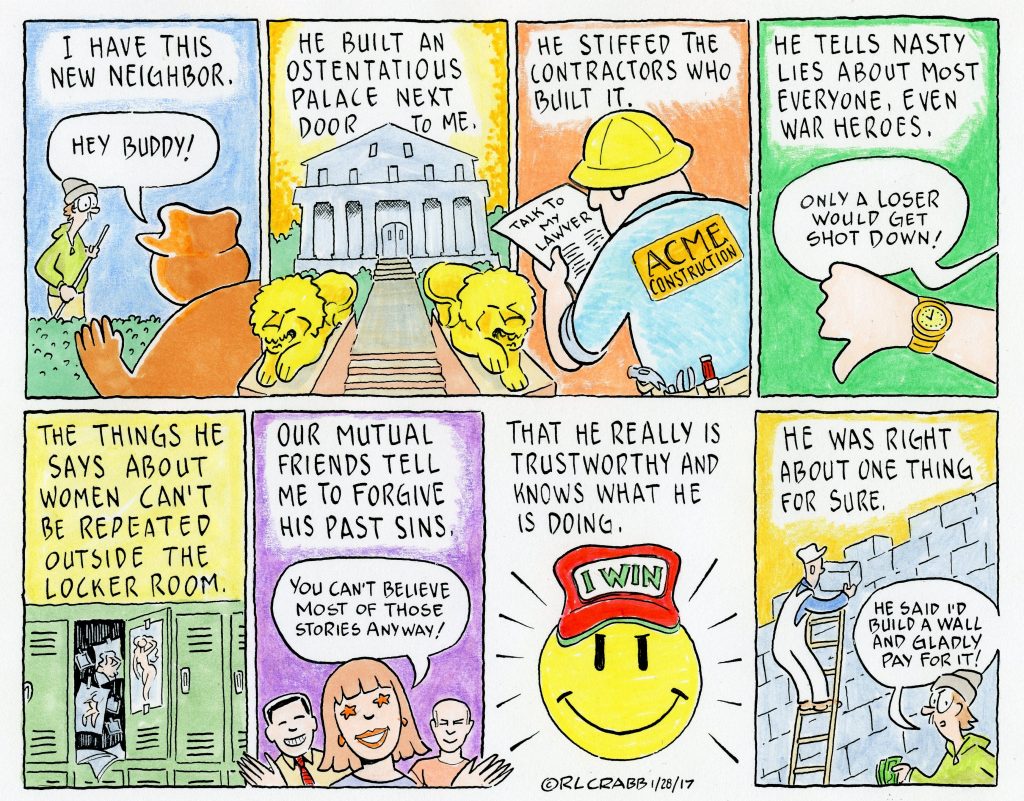 My Republican friends don’t understand why I am not on board with a guy who, if he was my next door neighbor, I wouldn’t give the time of day.

7 Responses to The Neighbor