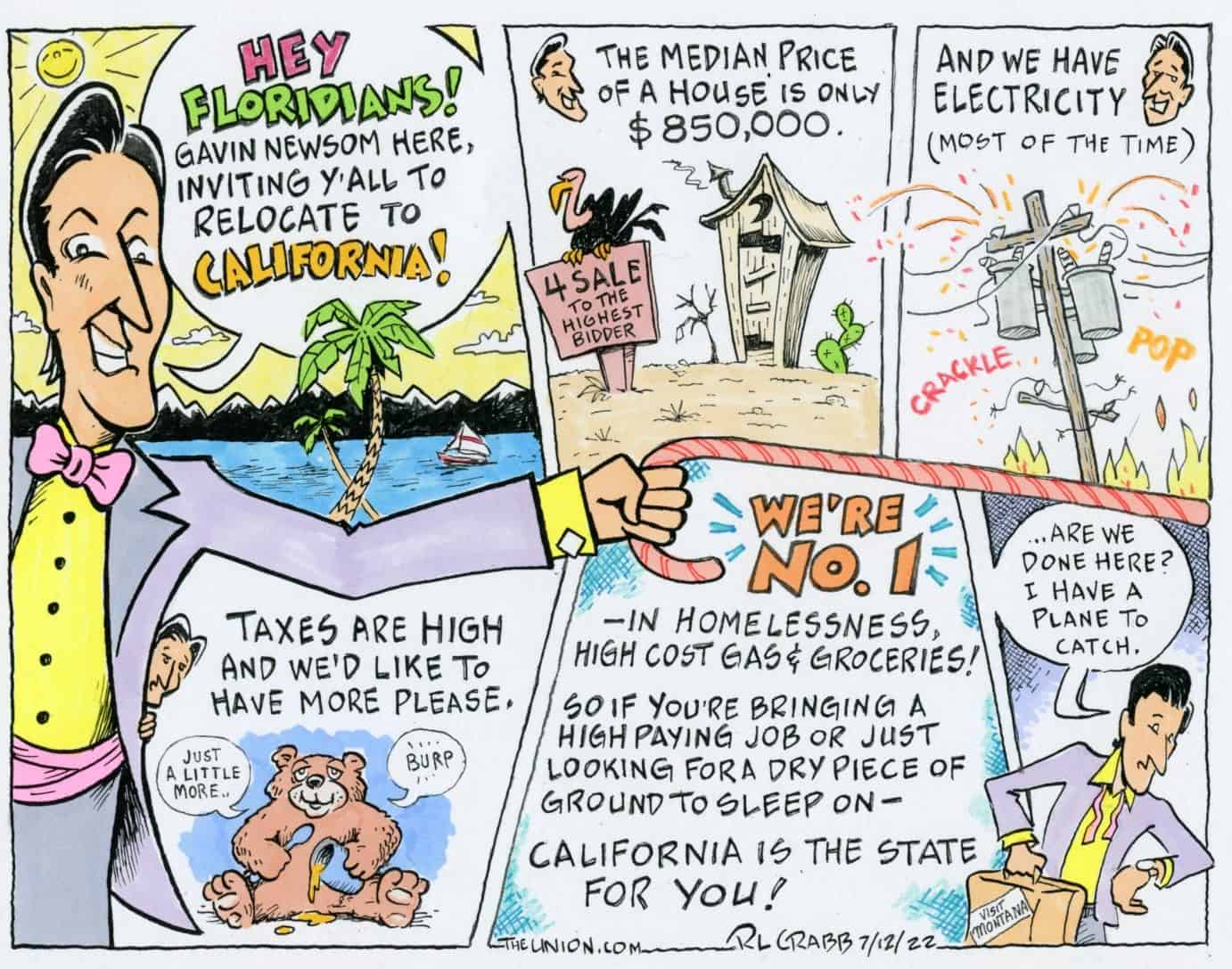 First off, Ron Desantis is an idiot. Florida’s war on gays and Disney only prove than Republican claims that they want to get government off your back is just more horseshit lies.

Having said that, our governor doesn’t have a lot to brag about these days. As illustrated above, the only people who are moving here are those who can afford the astronomical cost of living or those homeless souls who don’t want to get eaten by an alligator in some dismal Florida swamp.

Gavin says he has no interest in running for president, but why else would he be spending some of his considerable war chest taunting a potential opponent in 2024?

Get your own house in order, guv. Give people a better reason to come here other than your own ambition.