Yankee Doodle Went To Town Riding In A Tank 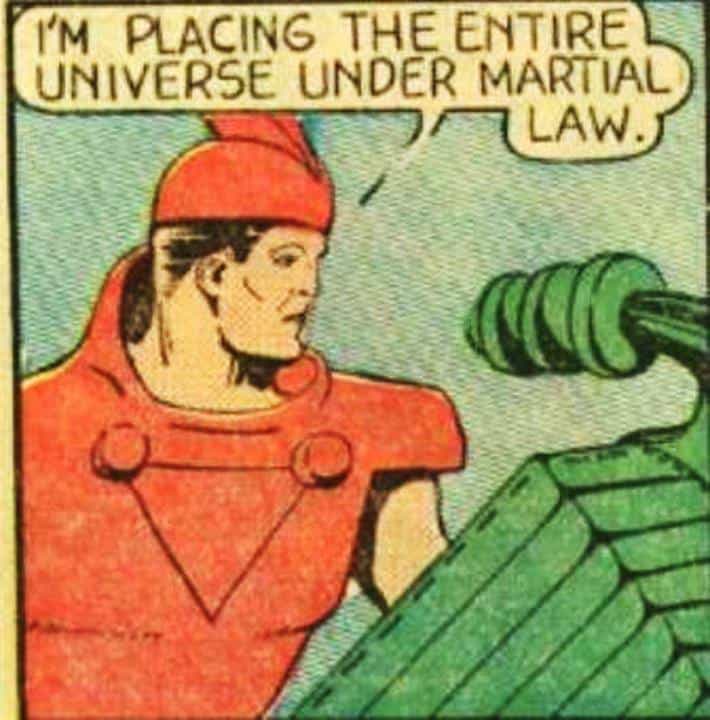 People who know me, I mean really know me, know that I am hardly an advocate for Marxism. In countless cartoons and writings I’ve lampooned and derided the leftward slide of progressive America and the woke cultural revolution.

By the same token I have zero sympathy for the rabid right and occasionally venture into their dark world to take a few potshots at their twisted view of politics.

This past week I took the plunge over at Rebane’s Ruminations, our local go-to cesspool for stimulating intellectual political debate. Actually, there is very little debate over there, just a lot of back-slapping, Biden-bashing, Ayn Rand inspired trash talk. They made up their minds long ago that the only hope for American democracy was to crush it.

George Rebane removed any doubt concerning the master plan for the Trumpublican takeover of the government, should they lose at the ballot box. In his post of July 16, which also appeared on the editorial page of The Union, he declares that it is the duty of the GOP to overthrow a duly elected majority government if doesn’t live up to their constitutional standards.

Well excuse me, but it has usually been true that when a government crosses that line it gets its ass kicked two years later. It happened to the GOP in 2020 and it will likely happen to the Democrats in 2022. There is no clear majority in 21st century America for either party.

And when I asked in my own simplistic cartoonish language how a rogue uprising could hope to govern without the consent of the governed, one of George’s buddies replied…

If they accept the outcome and settle down to productive lives, they will find all the supposed horrors fabricated by people like Crabb will be pleasantly surprised by the wonders of living a free life under the constitution.  – Scott O. 7/18

That conjures up visions of Michigan GOP house candidate R.J. Regan, who uttered this oft-quoted statement earlier this year. “If rape is inevitable, lie back and enjoy it.” It should be noted that his daughter Stephanie replied, “If you’re in Michigan and 18+, for the love of god do not vote for my dad.”

But the most revealing declaration comes from George himself…

You and yours think that an armed rebellion by those on the right will be some game of gratuitous gun violence executed by a ragtag bunch of anarchist rednecks. It will not. Any successful armed rebellion will involve the frustration-launched backing and participation of tens (hundreds) of millions of Americans. It will not be a bunch of unarmed and confused rioters breaking into the Capitol, and the resulting constitutional government will be familiar to those of us who grew up in postwar America. The only difference you’ll witness is an enlightened attitude toward race, homosexuality, and even abortion.  – George Rebane 7/18

If that doesn’t send a chill down your spine, you could be one of George’s “tens of millions” and you ain’t no friend of mine.

It brings to mind the attitude of Germans after the minority Nazi Party took over the government. Most believed their new leaders would be forced to moderate their stances on things like race and homosexuality, but as history shows, the opposite occurred.

You’ll have to trust Republicans to be the steward of your rights, because you won’t be allowed to choose your representatives. If anything, the red states will have free reign to pass any kind of repressive legislation that suits their purposes. They’ve already gerrymandered their way into a permanent statewide electoral majority and replaced many secretaries of state with political hacks. If you think the Supreme Court will stop them, think again. The Supremes believe the legislatures of the fifty states make the laws, and the court is only there to support them.

Scott O. and George don’t think there will be any armed resistance to their coup. Hardy har har. Americans are the most revolting people on earth, and it won’t just be the far left leading the charge. They’ll be facing a good chunk of real Republicans, the military and millions of independents who value their freedom more than the empty promises of traitorous politicians.

Hopefully, reasonable people will come to their senses and stop any such action before it comes to blows, but if it doesn’t?

See you on the ramparts, Yankee Doodle.

Like Loading...
This entry was posted in Cartoonist Under Fire, Inept vs. Insane, Local, Politics. Bookmark the permalink.