And The Winner Is…The Status Quo!!! 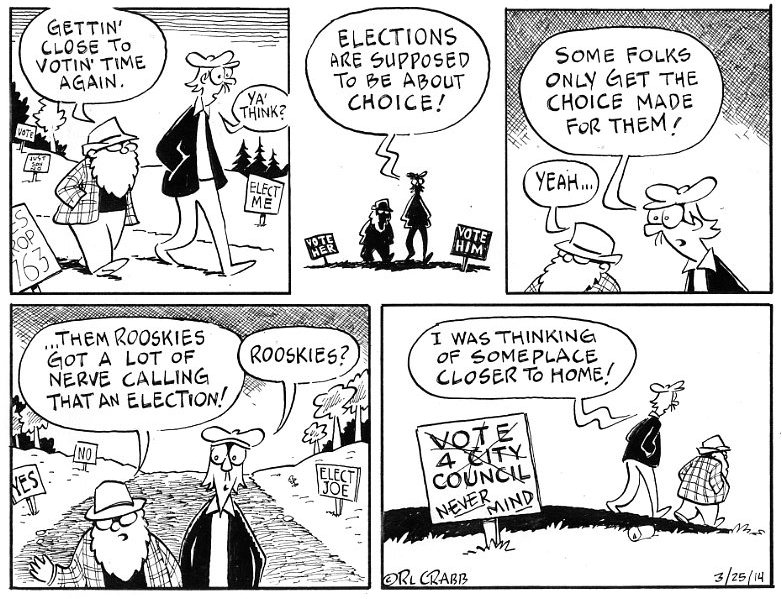 Well, it looked like Nevada City was going to have an election this year, but only two days after the filing deadline, the third candidate (John Valdeman) dropped out, citing “no differences” with councilperson-in-waiting Evans Phelps or incumbent Duane Strawser.

And why rock the boat? Things are going so well in the city. So well, in fact, that they don’t need any help from the Rotarians to build a trail on Sugarloaf. They didn’t need a new bulletin board that someone spent countless hours building and painting and didn’t cost the city a cent. (Wrong colors.) The campaign to raise money for a courthouse study fizzled. (Plan B: Do a cheaper study with tax dollars.)

Hopefully, the new bakery will help redeem Commercial Street’s tarnished image. There are days when it resembles San Francisco’s Tenderloin, or maybe the Safeway parking lot in GV. I’ve seen prospective buyers looking at the empty Cirino’s on Broad Street, but no takers as of today.

Somebody must be doing something right. Nobody is sufficiently unhappy to challenge the current crop of politicians. Let the good times roll…

4 Responses to And The Winner Is…The Status Quo!!!