Is It Tuesday Yet? 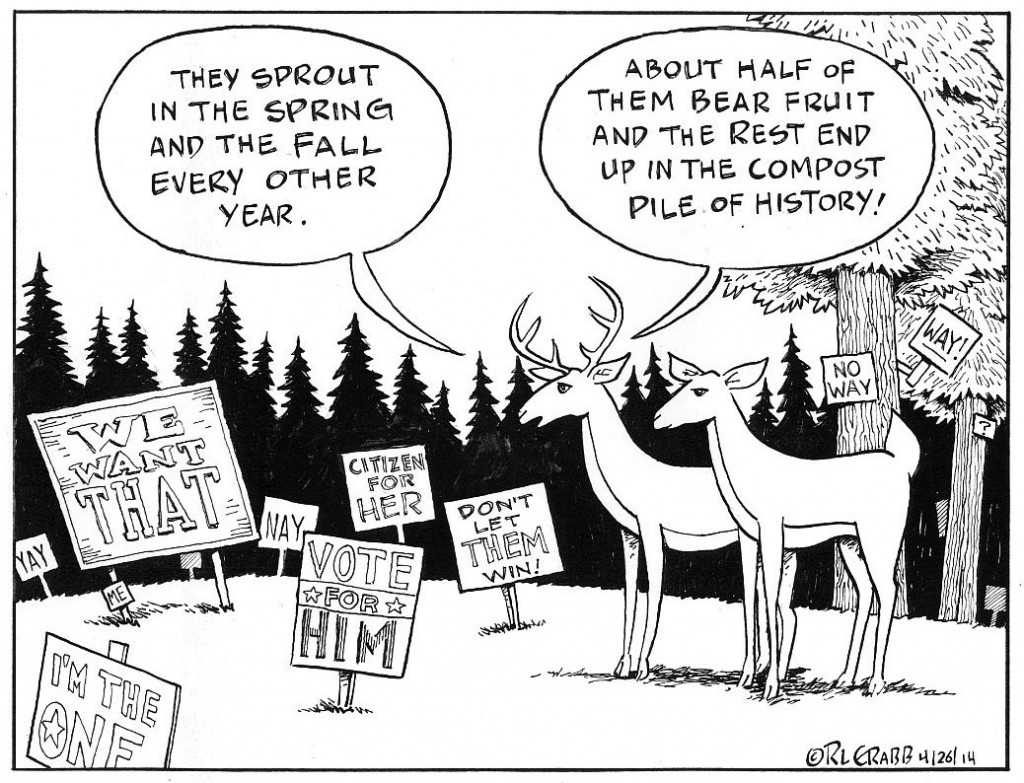 Here we are, in the waning days of Primary 2014. The final campaign mailers are arriving in your mailbox, full of stretched truths, mangled quotes, and outright lies. The candidates have gone to the press and social media to protest the onslaught of retarded rhetoric and theft of signs.

Being a creature of politics, I was asked to opine on the mudfest in Thursday’s edition of The Union, where I harkened back to the bad old days of NH2020, a land use initiative promoted by the so-called Gang of Four. (Supervisors Van Zant, Martin, Green and Conklin, who upset the applecart of Republican dominance in local politics for a few years.) Those were the salad days of my editorial cartooning years, when it was a challenge to pick out the dumbest event of the week to render with my poison pen. I pointed out that this new crop of candidates really can’t hold a candle to their predecessors when it comes to nasty and creepy.

My remarks drew a few jeers from the peanut gallery, which is to be expected. (One reader exclaimed, “Crabb’s on the Union editorial board? Hmm…I’ll just consider the source.”) Yeah, my hidden agenda for county dominance ruled by the Good Ol’ Boy Cartel and The Swift Newspaper Empire is well known to the imaginations of pipsqueak pundits and peevish politicos from Truckee to Timbuktoo. It goes with the territory.

So we will only have to hold our breath until next week, when the corpses of failed candidacies will be picked up by animal control officers. We can enjoy the summer until the next round begins in October. That’s when the real bloodletting will happen.

11 Responses to Is It Tuesday Yet?