My Number One Fan

I was very sad to hear of the passing of Janet Matson in last week’s paper. Although you

may not have heard of her, she was well known in our household. Janet was my Number One Fan.

She wrote a few letters to me over many years, but she wrote many more to Jim Hemig, my publisher at the time, and various politicians in an effort to make me the Grand Marshal of the Fourth of July parade. She finally managed to convince Jim to convince the Nevada City chamber to put me up on that pedestal for the 2016 Mardi Gras parade. Even though I really didn’t want to be the center of so much attention, (believe it or not) I accepted the honor since Janet had gone to so much work to get me there. 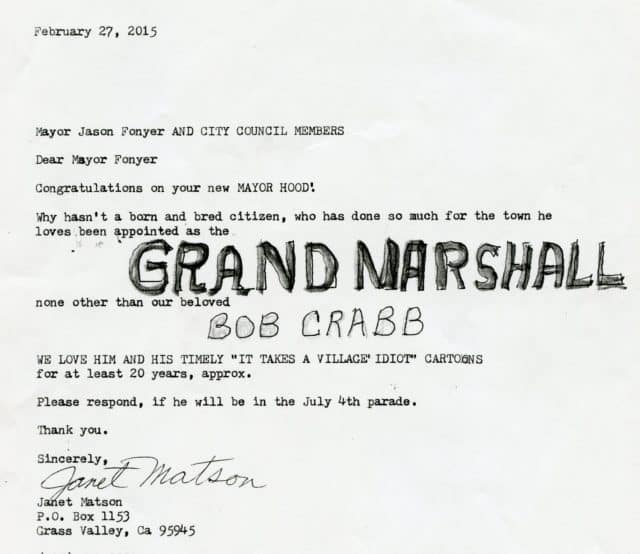 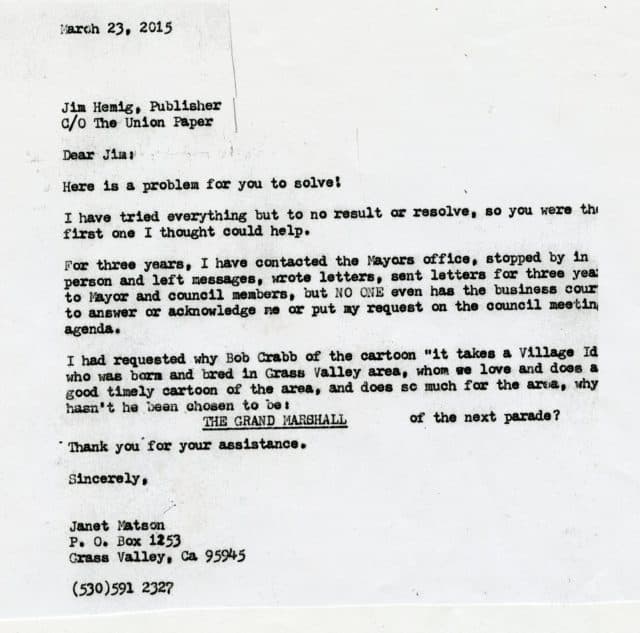 But Janet didn’t stop there. She also enlisted the local Boy Scouts as my honor guard, complete with her homemade banner, which was presented to me after the parade. 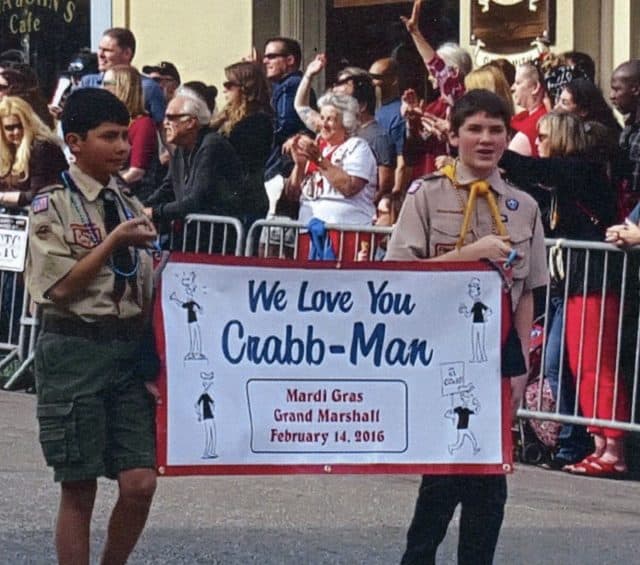 It’s very humbling to have so much appreciation heaped upon a fellow who routinely navigates the minefield of local politics, and has been known to ruffle feathers. Janet stuck by me through thick and thin.

My heartfelt condolences to her family. She will be missed by all of us. 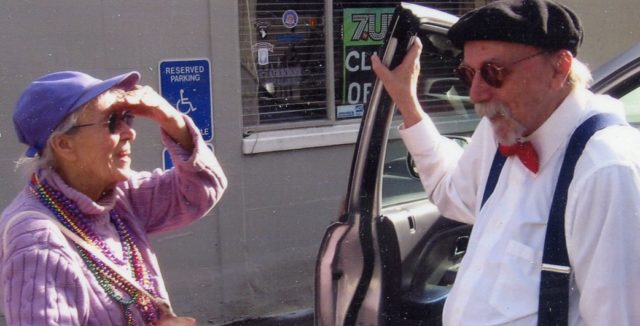 1 Response to My Number One Fan