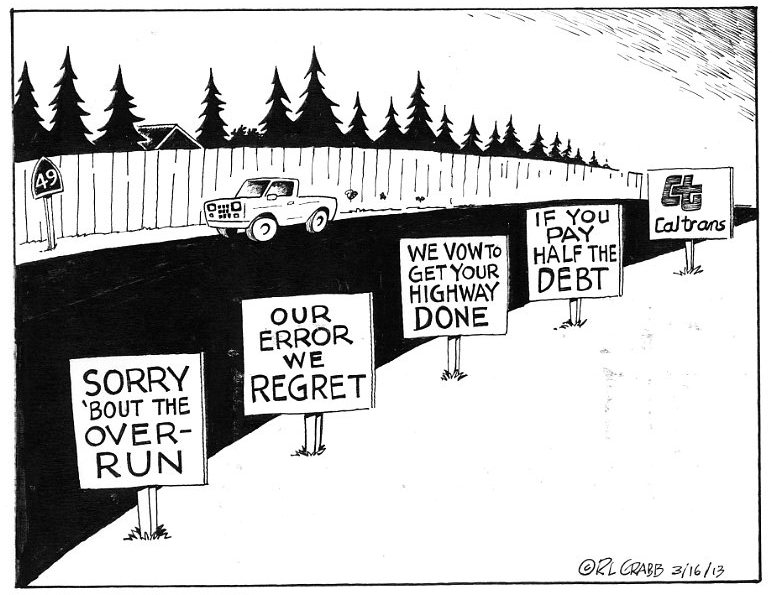 It’s official. This editorial cartoon in The Union took first place from the California Newspaper Publishers Association for 2013. If you don’t recall the issue, it was about Cal Trans over spending $800,000+ on the La Barr Meadows/Highway 49 interchange. The money was supposed to come from Federal “stimulus” funds, but when they came up short they billed the county for half the amount. Thanks, Government!

33 Responses to We’re Number One!