Yelling Fire In A Crowded Forest 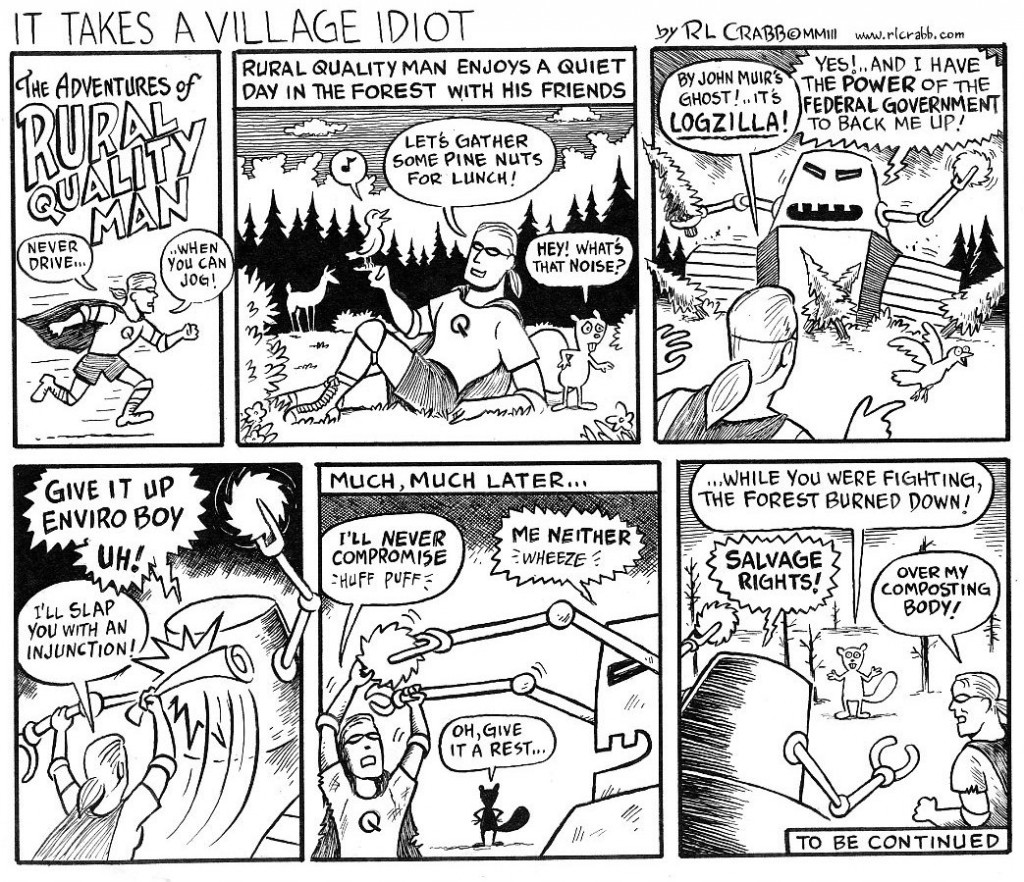 This cartoon ran in The Union and a few other publications over ten years ago, during the height of the Natural Heritage 2020 debate. I can’t tell you how many times I heard the “evil logger” mantra from the left, and the case for clearcutting from supporters of Sierra Pacific Industries. The end result was a stalemate that has left the Sierra more vulnerable than ever from the threat of catastrophic fires, the King Fire in Placer and El Dorado Counties being the latest example.

Also, in recent years I’ve heard from many friends that their homeowners insurance has either been canceled or the rates have risen dramatically. Add in another $150 “fire tax” from the state and you have to wonder if there is a concerted effort to rid rural California of the human presence, except for those who can afford it.

Yeah, I know it sounds like tinfoil hat material; another reason to label me as some right wing lunatic because I refuse to toe the party line and I have been known to associate with suspicious Tea Party characters. My bad. And it doesn’t help when I mock my liberal friends when they tout such publications as The San Francisco Chronicle for noticing there’s a problem and that maybe we ought to do something about it. Ya think? We’ve been shouting it for thirty-odd years!

So right away there’s talk of studies and environmental impact reports and here we go again…How many more years will it take to reach a consensus? But then I knew that ten years ago. That’s why I ended the strip with the caveat; “to be continued.”

1 Response to Yelling Fire In A Crowded Forest