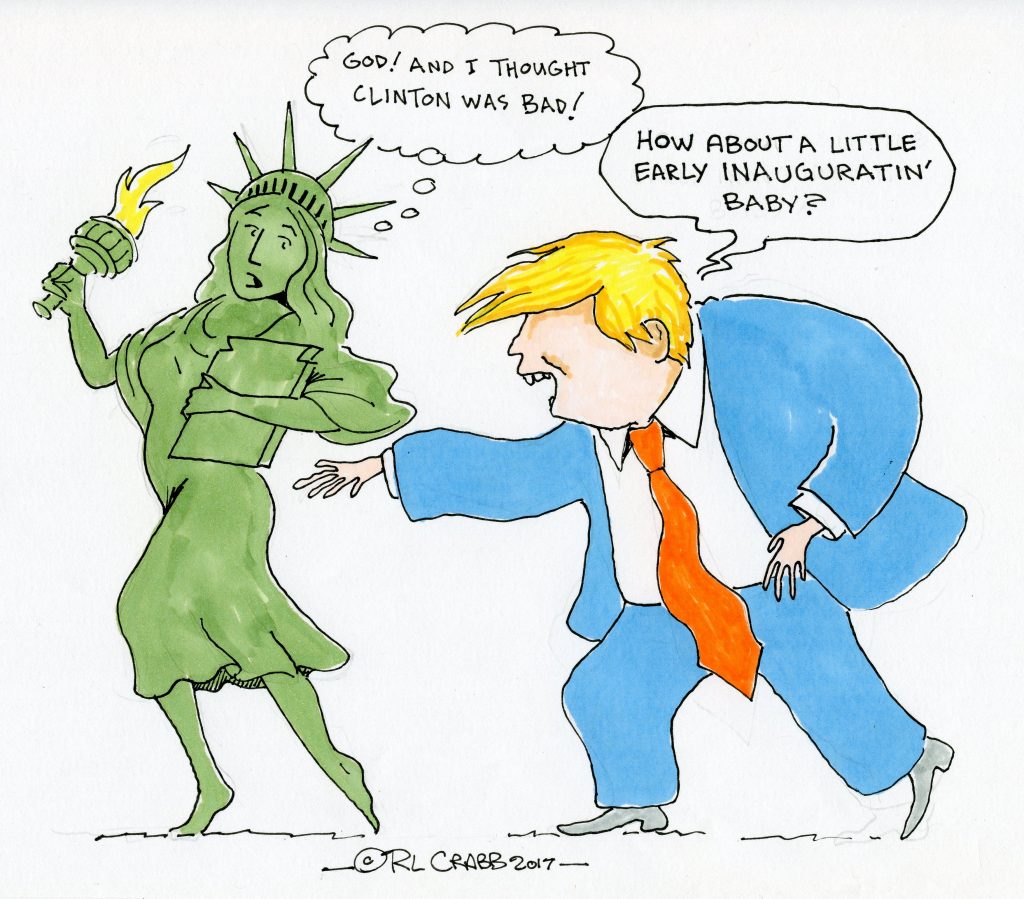 President-elect Twattweaker can’t wait to seize the short and curlies of power.