In the rough and tumble world of politics, it’s hard to find anyone who hasn’t made a few enemies along the way. One of the exceptions to the rule was Gene Albaugh, who retired as the City Manager of Nevada City a little over a year ago. I have never heard one person say an unkind word against Gene.

Sadly, Barry Pruett is reporting that Gene passed away on Sunday. He will be missed.

After I established the Nevada City City Hall as the Starship Citihall, I started drawing Gene as Yoda, the all-seeing wiseman guiding the ship through the asteroid fields of small town politics. Gene loved it, and everyone at City Hall started calling him by that name. When he retired (for the third or fourth time) last year, someone remarked that now that he had time to travel the world, where would he like to go?

“Downieville, ” he said with a straight face.

Rest in peace, Gene, the force is with you. 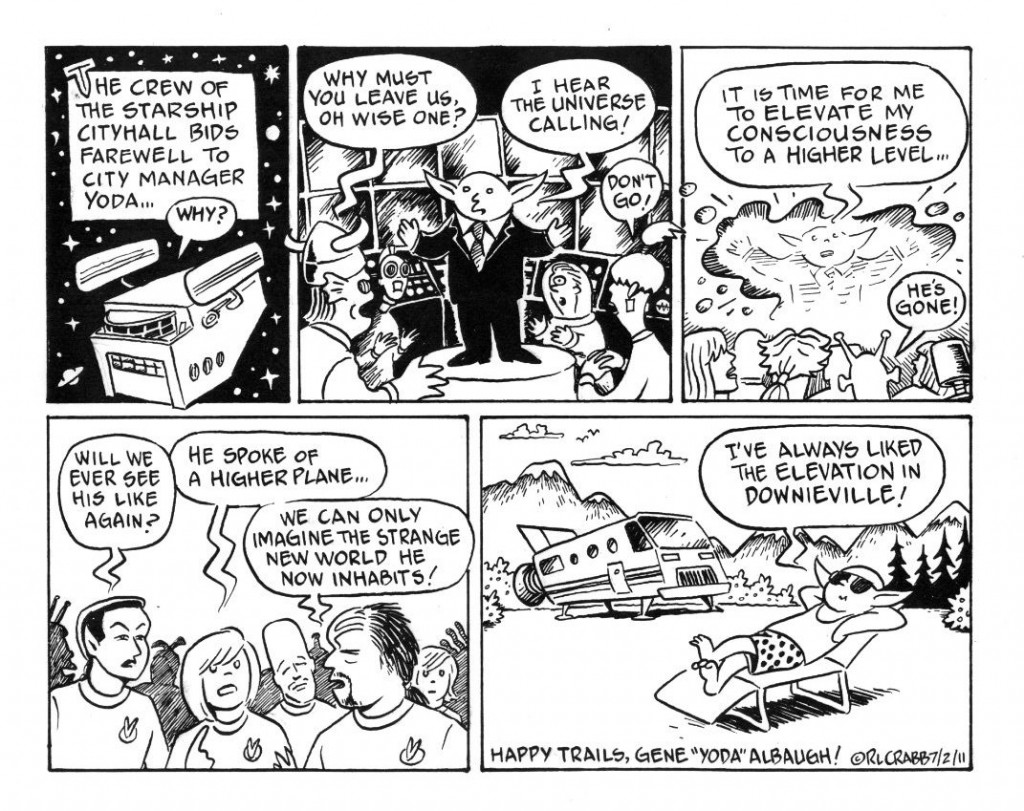