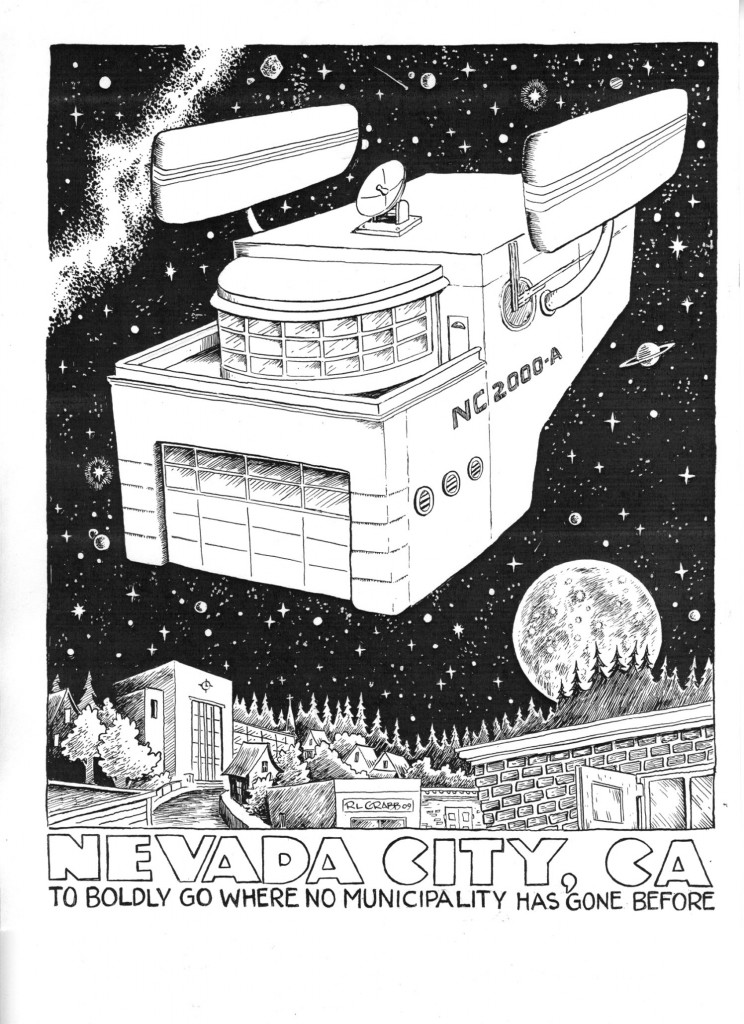 Nevada City City Council meetings are rarely boring, and Wednesday my “crabb sense” (which is like Spiderman’s spider sense) started tingling. I had to brave the elements to get to city hall for this week’s slugfest. I was not disappointed.

Just walking up to the entrance, I could see we were in for a contentious evening. The usual homeless persons advocates were lined up outside with “recall the city council” signs.  I stealthily skirted the protest, picked up a copy of the agenda, and found my usual seat in the back, where I could view the proceedings and have a quick exit to the street if a riot started.

Things started off well enough. The new Chief of Police was sworn in. A few proclamations were made. Then it was on to the public comments of items not on the agenda.

One of the homeless advocates launched into a tirade against Mayor McKay for attending the St. Piran’s Day festivities in Grass Valley. She had seen the mayor throwing pasties to dogs. It was a classic Marie Antoinette moment. Here, people were starving in Nevada City and McKay was callously feeding good food to fat little animals, and then eating one himself.

It was only after she finished her rant that the mayor pointed out that said pasties were filled with kibble. (I can confirm this, having been a participant myself. The kibble pasties were delicious, I might add.)

Moving past the tedious consent items and approval of minutes, the council tackled the ongoing dilemna of where’s the courthouse? This item has been festering for several years now, as preservationists and downtown business owners endlessly debate where the new state-mandated courthouse should be located. The faceless bureaucrats in Sacramento recently delivered an ultimatum to the city; decide or we will do what we want anyway.

During the public comment portion of the debate, there were several unique only-in-Nevada City solutions offered. One fellow wanted to channel the Mayans, who were known for their ability to retrofit pyramids without knocking them down. Of course, those of us who are enlightened know that this was done with the assistance of aliens, and as of yet they haven’t put in a construction bid here.

Another person noted that we really didn’t need to fix the old courthouse. She cited the example of Europe, where people have been occupying old buildings through centuries and two World Wars. Americans have never gone that route, being staunch capitalists we know that there is no profit in building anything permanent.

After much hand-wringing, the council decided to let the rabble fight it out in committees and probably more meetings. (Look for a joint city council/ board of supes extravaganza in the near future.)

After all that, I was too exhausted to stay for the main event: a proposed resolution from the city council to support a constitutional amendment to overturn the Supreme Court’s Citizens United decision.

Yeah, I know…This is a big issue. I remember years ago when a similar resolution was debated here to overturn the Patriot Act.

That turned out well, didn’t it?