After the Victory Lap, More Questions 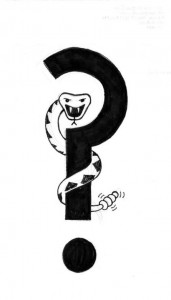 Now that the Supremes have decided that the healthcare mandate is a tax and therefore legal, a whole new set of questions arise in the ongoing debate. Since I am the idiot in charge of dumb questions, here are a few…

Twenty-six states sued the federal govt. to get out of a hefty new medicaid provision. The court threw them a bone by declaring that part of the law unconstitutional. It seems likely that a majority of those states will opt out of the system. Will the sick and infirm flee to neighboring states where they can get coverage without paying a nickel into the system?

California’s sputtering lower middle class will be obligated to buy health insurance beginning in 2014. Failure to do so will result in a $285 ding in their tax bill, escalating to over $2K in the years ahead. How will that affect voters who are being asked to okay sales tax increases by their local municipalities and the state in the November election?

Although some will no doubt dispute me, doctors I’ve spoken with are planning to retire before the offal hits the occilating fan. There is already a problem finding a doctor willing to endure the paperwork involved in MediCal/Medicare, not to mention the lower fees they will be able to receive. Will future care be relegated to understaffed clinics and the long waits for treatment predicted by Republicans?

This new ruling no doubt enhances President O’s reelection prospects, but will likely hurt the Dem’s chances to re-capture a working majority in Congress. The Prez seems to be happy with using executive fiat to get his way, but how long will it be before that pesky constitution and the courts decide to rein him in?

36 Responses to After the Victory Lap, More Questions