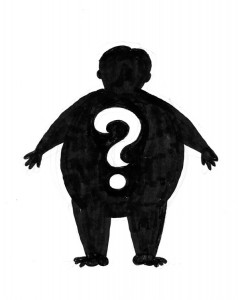 Yes, I know this is a touchy subject. These things tend to go viral, and I am opening myself up to endless protests by cartoon-burning mobs of the faithful, but there are some lines that must be crossed. There will be a price on my head, no doubt. I may have to go underground, continuing my crusade against he-who-must-not-be-named by candle light in some mineshaft out in the hinterlands. But do not despair, my friends, it is the path I have willingly chosen, because someone must stand up to the lies and smears of the most exalted expert on every subject imaginable.

It all began a few days ago, when His Perfectness began his fatwa on line, demanding the head of a fellow blogger who dared to speak heresy in the local newspaper. The paper was chided for daring to allow this Great Satan to freely express his despicable opinion, as it conflicts with The Chosen One’s skewed world view where only milquetoast opposition is fit to see print. Oh! The horror!

And He has made it clear that it is the ranting of the Great Satan that is holding the community hostage, that visitors to our paradise see these forbidden words and run for the safety of the coast. If only we could purge this ungodly vermin from the public forum, a new age of cooperation and harmony would grace the foothills and businesses would flock to our empty storefronts with green jobs and scented candles.

Now it should be noted that your’s truly does not always agree with the opinions of the blogger in question, and I have taken him to task for his slanted views on numerous occasions. But I am not afraid of him or his red-shirted allies, and in fact I have broken bread with them and walked away unscathed. Nay, I am more afraid of those who would muzzle free speech in their quest for perfection and a dull sameness of limp opposition.

Perhaps it was the bullying nature of His Greatness that lead to his fall from grace at our local fishwrap. There were certainly stories of his abrupt and demanding manner from various members of the public. And now that there is new leadership at the paper, it was inevitable that The Deposed One would immediately start telling him how to run his business. Such wisdom cannot be contained.

And so I offer my muted image of His Holiness to stand up for the freedom to speak and be heard. If I should disappear or have an unfortunate “accident”, you know who should get the credit. I hope they put a huge price on my head. I don’t work cheap.

80 Responses to Drawing The Prophet