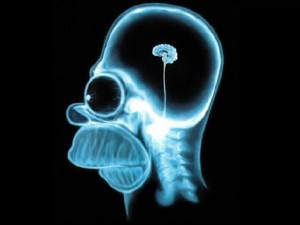 Stupidity is nothing new. The human race started out stupid. It was only through the painful lessons of trial and error that our species managed to evolve into our present state, which obviously still has a long way to go. It is somewhat exasperating to watch the same mistakes being made over and over and over and over again.

No one is immune from the condition. Just a few years ago Jonathan Gruber was considered the smartest guy in the room, the darling of Democrats. Then he goes and makes a statement (on camera) that even the dumbest rookie intern would never dare to utter: he called the electorate stupid. It didn’t matter that it was true, or that it was not even a secret. The proclamation induced mass amnesia among his former cheerleaders, who also forgot that they were on camera heaping praise upon the condemned for his wise council. “Jonathan who?”

In the end it didn’t matter, because the story was overshadowed by greater acts of stupidity. Ebola! Ferguson! Black Friday!  Our wee brains can only absorb so much without blowing a fuse. The political elite of both parties having been counting on our truncated memory for generations. How else could such incompetence survive?

At least we Americans can say that, for all our blunders, we are still on the top of the heap. Many third world peoples don’t even have electricity, so they can’t complain when the cable goes out. They’ll never see supposedly civilized humans humiliate themselves on The Discovery Channel’s Naked And Afraid or wonder why The Learning Channel would feature a program like Here Comes Honey Boo Boo. They would be amazed when a television network that actually promotes learning has to beg for funding.

If we’ve learned anything from cable, it’s that we didn’t do it on our own. Without the help of benevolent aliens or deities we’d still be eating bugs and living in caves. There were no genius engineers and architects building pyramids and designing irrigation systems, not without a copy of Civilization For Dummies left behind by tourists from the Great Beyond. 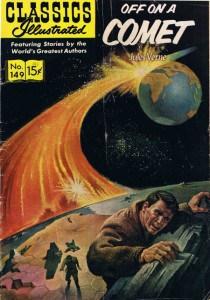 Was it an alien mental implant that inspired Jules Verne to imagine visiting a comet? It seemed like a stupid idea until recently, but now it’s a fact. Then again it could be faked like the moon landing. (wink wink) There will always be those who see conspiracies behind every human accomplishment. Some will even see it as a plot by the tin foil industry to increase sales.

And so we are left in a society that is fueled on stupidity. I, like so many others,  could not make a living without it. In my self-appointed role as The Village Idiot, I try to keep up with the onslaught of misinformation that assaults our senses. Social media and photoshop have blurred reality to new levels. You can’t believe anything you see or read without navigating through a maze of links, and then you have to verify the accuracy and agenda of those sources, and on and on. What makes it even more exasperating is the level of intelligence and skill it takes to operate the programs and technology used to bamboozle us. Smart people use these skills to keep us stupid.

You see it every day here on the blogs. They flaunt their degrees and diplomas and expect us to buy their pedigreed snake oil by virtue of their huge educated brains. The progressives tell us we live in an era of finite resources, and in the same breath encourage thousands of immigrants to flood into our overtaxed communities. The conservatives lecture us on flawed climate science while many of them believe that dinosaurs went extinct because they were too big to fit on Noah’s ark. Both sides like to point out that anyone who doesn’t agree with their politics is stupid. That opinion varies from election to election, depending on which side wins.

But what do I know? I’m just the village knucklehead. It’s my business to make you smile, and hopefully, to make you look at life through different lenses. Then make up your own mind. Anyone who disagrees is stupid.