Ghosts Of Halloween Past 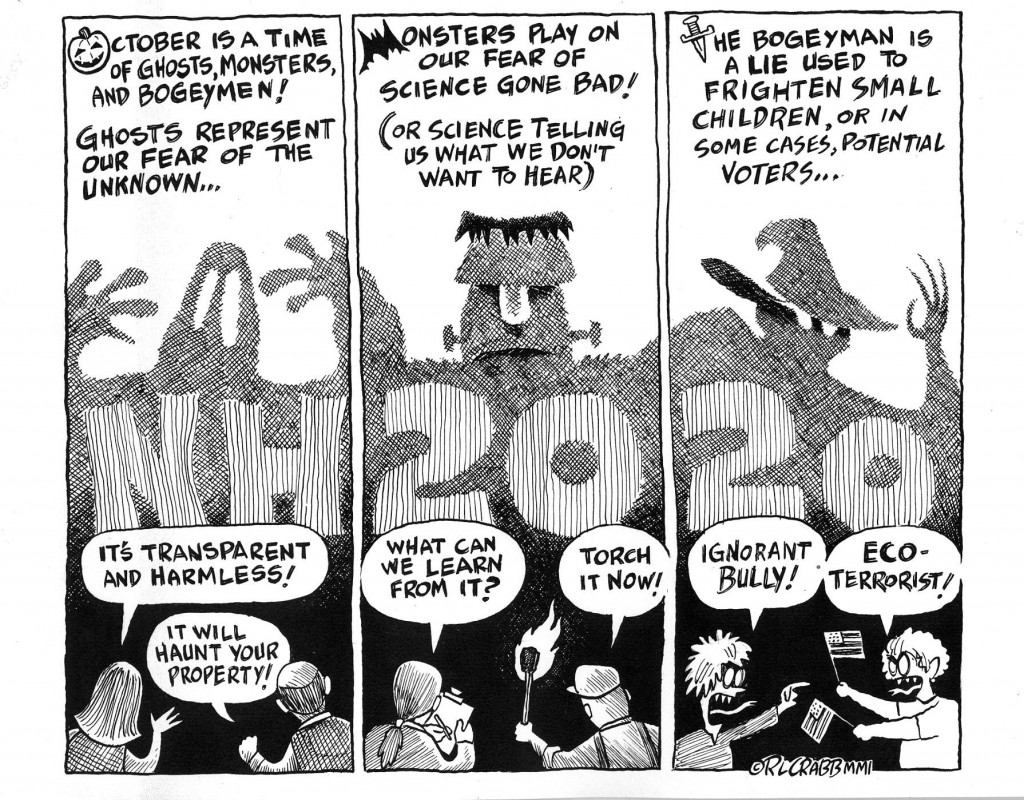 This cartoon ran in The Union ten years ago, in October, 2002. It was a contentious election year, mostly due to the controversial land use initiative, NH2020. Two supervisors (Izzy Martin and Bruce Conklin) were supporters of NH2020 and were up for reelection. They were opposed by Robin Sutherland and Drew Bedwell, who were running on the promise to dump the initiative.

It was the nastiest election I’ve ever seen in Nevada County, highlighted by wild accusations, anonymous mailers, and stolen campaign signs. Town hall meetings were yelling matches, and at one point sheriff’s deputies were dispatched to keep the peace. When the voting was over, Martin was defeated by a wide margin in District Four and Conklin lost by a handful of votes in the Third.

The new majority wasted no time keeping their promise. NH2020 was the first item on the agenda and as Bedwell put it, “It’s time to shoot this puppy.” There was much bitterness for years afterward between the competing factions.

Things have changed since then. Bedwell and Sutherland are gone, and the current board, although still dominated by conservatives,  has done much to heal the wounds and find some common ground with the left. This election year, Nevada County is relatively quiet, even with questions about Nevada City and Grass Valley’s sales tax initiatives. Some of the local progressives have even endorsed the Republican candidate for assembly, although with the new “top two” rule their choices were limited.

Not so on the national scene. All the sniping and bitterness reminds me of those angry days in October, 2002, only on steroids. The difference is that when this election is over and the smoke has cleared, I don’t think anyone believes that anything will be settled. We do live in interesting times.

18 Responses to Ghosts Of Halloween Past