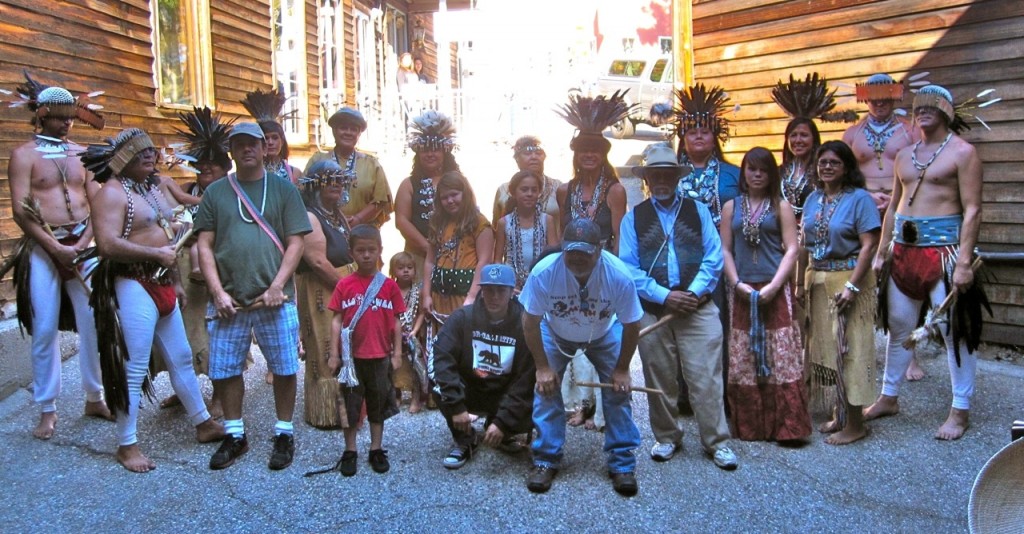 The following is a press release from Judith Lowry.

The first annual Nisenan Heritage Day, held at the Miner’s Foundry on October 13, was a great success. Featured as an all-California Indian event, tribal leaders, scholars and culture bearers from around the state came in support of the Nevada City Rancheria and Nisenan People’s of the Sierra Foothills.

The day kicked off with the Nevada County Historical Society’s Artifact symposium. Speakers included experts on Nisenan history, Dr. Tanis Torne, Dr. Sherri Tatsch and Hank Meals among others, who presented vital historical information, beginning with the 1850 Camp Union Treaties to the formation of the Nevada City Rancharia during the Woodrow Wilson administration in 1914, to its forced closure in the 1960’s, and up to where the tribe stands today.

Frank LaPena and Rose Kelly Enos brought their dance group which included prominent members of the Louis Kelly family and other Nisenan descendants. After the dances, Wanda Enos Batchelor, great-granddaughter to Mr. Kelly and Chairwoman of the Washo Tribe, expressed her family’s deep appreciation for the honor of being properly presented to the public and for being invited to dance here, once again, in their traditional homelands.

Malcolm Margolin, publisher of Heyday Books and Lindsie Bear, editor of News From Native California were on hand to meet the public and offer a wide range of books and publications about California’s First Peoples. Heyday has proposed to publish a book on the history of the Nisenan of Nevada City, or “Ostomah”, as it is spoken in the Nisenan language.

The day concluded with an evening Rock and Roll show by the Deborah Iyall Band and local talent, Shelly Covert (secretary of the NC Rancheria) and her band, Undercover. Both ladies put on great shows and there were a lot of happy Indians out on the floor in celebration of a stellar event, and well, just being together.

There were a lot of requests to make this an annual event, so CHIRP (California Heritage: Indigenous Research Project) and NCR will soon be back at it, planning for next year.

The evening before the main event, CHIRP and the NCR hosted the opening of the art exhibit “Evolutions of Tradition”, a survey spanning over thirty years of artwork featuring some of California’s finest Native American artists. That exhibit will run through November 10 at the Powell House on the corner of Spring Street and South Pine in Nevada City and will be open to the public on Tuesday through Saturday, 10am to 3 pm.