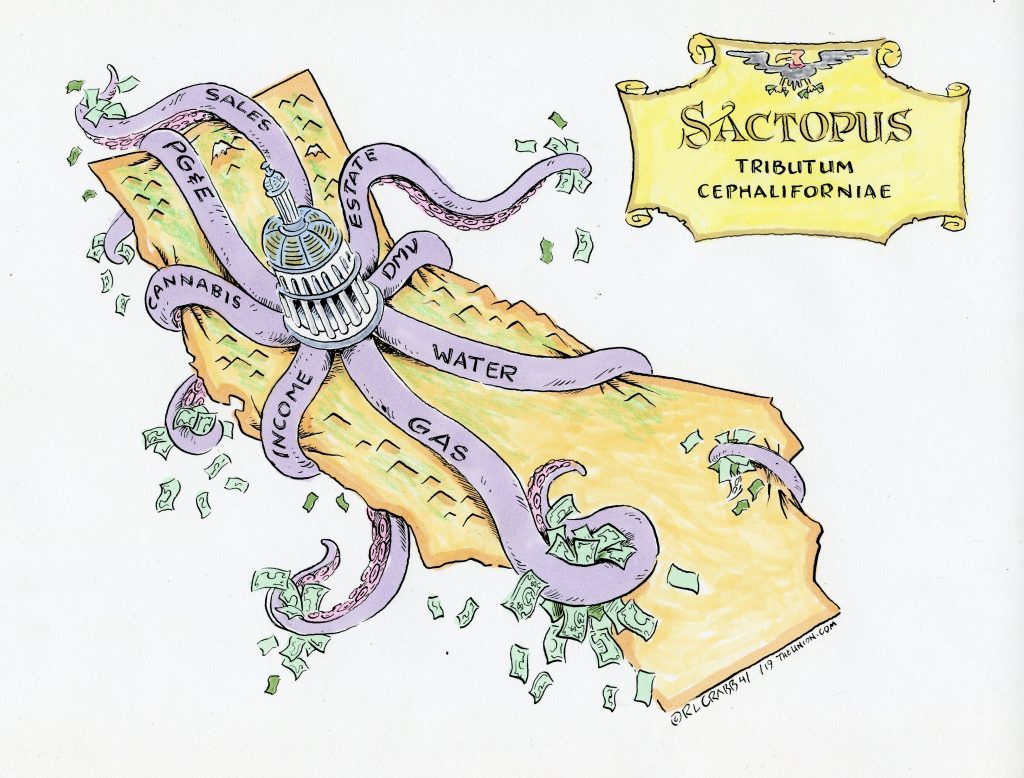 “If there is such a thing as the single most important cartoon in California history, it may well have been ‘The Curse Of California’ by Edward Keller in The Wasp dated August 19, 1882. It uses the symbol of the octopus to describe the stranglehold the (Southern Pacific) railroad barons held on the economic and political life of the state.”  – Ed Salzman and Ann Leigh Brown, “The Cartoon History of California” 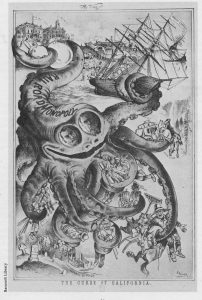 Keller’s cartoon may have not been the first use of the multi-armed cephalopod , and it certainly wasn’t the last. Robert Bastian of The San Francisco Chronicle used the octo-metaphor to describe Governor Pat Brown’s controversial water projects (including the Oroville Dam) in the early 1960’s.

Carrying on the tradition, I’ve used the octopus several times to lampoon the ever-sucking tentacles of the state and it’s hold over the citizenry.