The Rabbit Hole Of Regulation 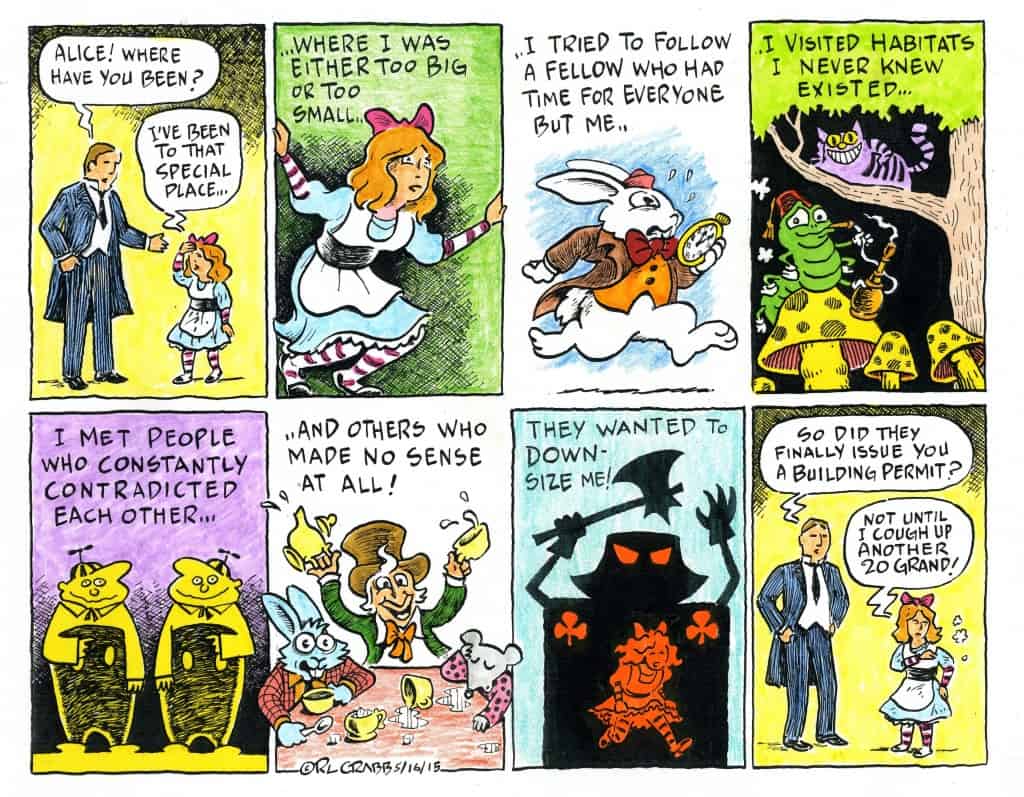 As anyone who reads this blog on a regular basis knows, I have long been a critic of the regulatory atmosphere in California. I’ve spent many an hour sitting through public meetings where the subject has been debated, and then shoved down the rabbit hole of lost causes. I’ve brought up the subject with policy movers and shakers like Steve Frisch of the Sierra Business Council and former Democratic congressional candidate Heidi Hall, who told me that no one she talked to on the campaign trail ever complained about over-regulation.

Yeah, well I guess we talk to different audiences, because I get an ear full from people on both sides of the political spectrum. (And I can hear it now: “It’s just a bunch of elderly Jefferson whiners!” No, it isn’t.) I get it from people who have voted Democratic all their lives. I get it from the people who skirt the rules, knowing that they’ll pay for it if and when they decide to sell their home. And for sure, I hear it from conservatives, like the frail little 80 year-old woman I gave my seat to at the recent State O’ Jeff hearing at the Rood Center. She told me how she worked for years cleaning houses to buy her own place in the sun, and how she fears that her children will be denied the same opportunity.

And before you write me off as another libertarian ideologue who doesn’t want to pay taxes, let me say that we do have rules and regulations for a reason. No one wants to live in sub-standard housing, and energy efficient homes are a must, but the vast majority of homes have managed to safely stand for a hundred years without a $20,000 sprinkler system. It may make sense for apartment buildings, but there are other, cheaper ways to protect your life and property. And that’s just the tip of the iceberg. Between the state and counties, permit and inspection fees have finally reached parity with construction costs in many cases, and you’re really screwed if they find an endangered microbe on your land.  Is it any wonder why California can’t build affordable housing for the working class or even simple dwellings for the homeless?

12 Responses to The Rabbit Hole Of Regulation