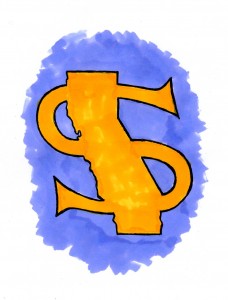 Although the national election pretty much preserved the status quo, California politics took an unexpected violent lurch to the left on Tuesday. Even veteran political junkies were surprised by the gains made by the Democrats in the legislature. The Golden State is now completely in their control. Unlike some of my right-leaning friends, I see this as a good thing.

For one, the Donkeys can’t use the lame excuse that the state’s sluggish economy is all the fault of the obstructionist Repubbys anymore. From January forward, the fortunes of California rest in the quivering hands of the blue/green party, and I have no doubt that they are already salivating at the prospect. Assembly Boss John Perez, speaking on KCRA Wednesday, tried to reassure residents that there would be no massive tax increases under his rule, but Democrats are insatiable when it comes to implementing their expensive progressive agenda. (Does anyone believe the Prop 30 taxes will be allowed to expire in seven years? I thought not.) How long can they restrain themselves from leaping on the Calicarcass like the ravenous beasts they are?

Prop 13 will be the first on the chopping block. Oh, they’ll say that it will only affect commercial properties, but secretly they despise the entire concept of allowing people to live in their homes for decades without paying the piper while new homeowners are forced to pay the current market value. It’s a “fair share” issue. To keep longtime homeowners pacified, they’ll come up with a convoluted formula that takes money from residents, launders it through several bureaucracies who will skim the cream off the top, and then redistribute the remainder back to the taxpayer if he or she qualifies. (Reams of imported paper will be required for the forms. Will probably require professional help to fill out. Hey! More jobs!)

Even if they hold the line on taxes, they will do everything they can to complicate our lives. Look for more stringent regulations on virtually everything. Their pet project has been setting us up as the poster child for sustainable energy, but they have run into roadblocks from enviros and their lawyers when it comes to building enough big solar facilities to power gadget-hungry Californians. Look for a requirement mandating solar panels on all new construction in the state, which will drive up the cost of a new house another $20K and change. (Add that to the sprinkler mandate and other energy-saving measures.) Fossil fuel extraction (especially fracking) will be discouraged by the Nimby Coalition, who fear cheap energy that isn’t politically correct. Mining will be next, as they have already shut down dredging, and logging is a no-no. Anything that requires raw materials will have to be imported from some less-enlightened locale. Soda pop will be more expensive than whiskey, and plastic bags will be banned from your genetically-pure grocery stores.

I also expect that Mark Leno and friends will revive the single payer health bill at some point. People will be ready for it after they get a taste of Obamacare and try to navigate the complicated and confusing policies offered by the insurance companies. Figure another five grand a year on your tax bill. (And in truth, it will be cheaper although the quality of care will diminish.)

Of course, all the new fees on businesses will be passed along to the consumer, making us the Number One Most Expensive State in the country to live in or visit. And this is what guys like Jeff Pelline want. Force out the hillbillies and those who aren’t in the college-educated elite. Only then can California become the Utopia of the future, pure and unsullied by ignorant savages and other free thinkers. There will still be plenty of poor people, but they’ll be herded into public housing in walkable communities so they don’t sully our roads with their ugly gas guzzlers.

So yeah, I’m all for the Democrats running the show. Once they shove their grubby hands into our pockets to get the last of our change, people might finally get pissed off enough to send them packing. Don’t expect the Republicans to save us, it’s time for something new.

46 Responses to We’re Number One!