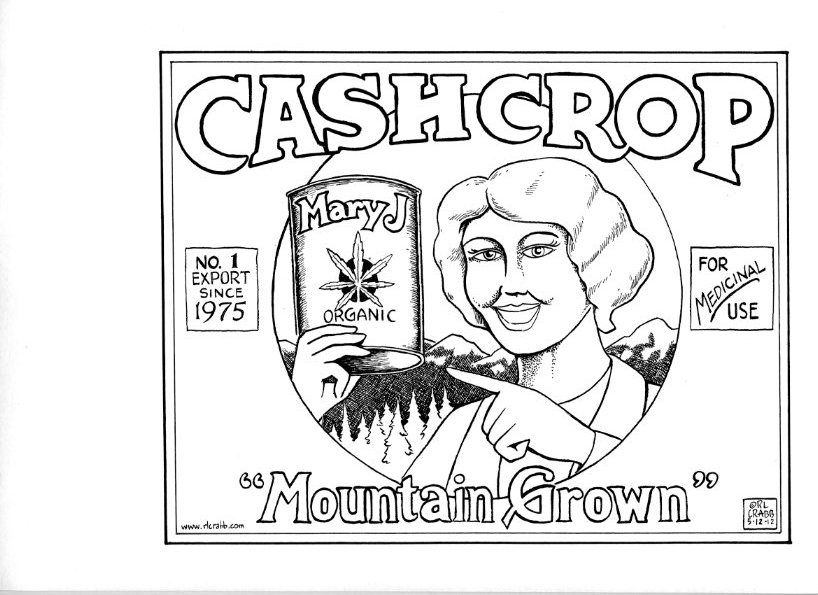 Let’s get real about California’s Medical Mary J conundrum. First of all, Mary is the numero uno crop here in the foothills ( and the infamous Emerald Triangle ) and has been for decades, despite the efforts of local/state/federal law enforcement. During the last “great recession” of 1979-80, the unseen green helped many local businesses from going under, and contributed to construction, renovation and real estate.

Second, the threat of Mexican drug cartels moving into the area is real, despite the politically correct notions of some folks. It makes good business sense to avoid the cost and risk of smuggling MJ across the border and having your business in the customer’s backyard. It’s also true that there are more than a few greedy Anglos who try to game the system and create dangerous situations for those who like to wander our forests.

Third, while there are legit patients who use MJ to deal with pain and appetite issues, there are many doctors who will write perscriptions for acne. Some are in it for the easy money and others just believe MJ should be legal. It’s ironic that some people think inhaling pot smoke is good for you while crucifying those who use tobacco. Two of my good friends who were regular users of MJ (and didn’t use tobacco) died of lung cancer last year.

Fourth, before everyone goes off to recall the Board of Supes and Sheriff for passing the emergency ordinance limiting pot farms, consider that the legislature has been unable to come up with any reasonable guidelines since the initiative was passed back in the 20th century and Obama’s justice department has chosen to ignore state’s rights to regulate MJ use. Makes you wonder who’s smoking what.

Exit question: Will Nate Beason’s vote anger enough voters in District One to swing the election to Sue McGuire? Stranger things have happened.