Mexican artist Martin Ramirez has been honored by the U.S. Post Office with a set of stamps of his art. He was born near Guadalajara, Mexico, in 1895 and emigrated to the U.S. in 1925, where he worked in the mines and the railroads. Like so many others, he lost his job in the Great Depression. Emotionally upset and in failing health, he was detained by police and committed to DeWitt State Hospital in Auburn for the remainder of his life.

It was in DeWitt that he began to create his works of art, using such materials as he could find there. The content of his work suggests that drawing was a prime means of preserving memory and identity, and giving some sense and order to the world around him.

Ramirez died in DeWitt in 1963, unaware of his growing popularity in the art world. Governor Ronald Reagan closed the hospital a few years later, along with many other in the state. Before it closed, I did a show there with a teenage rock band as part of an outreach program of a local church. DeWitt was known as the local “nuthouse” around the area, and  I still remember how frightened we were when they opened the doors and let a screaming mass of mental patients into the hall. They thought we were the Beatles.

Attitudes have changed somewhat since those days, but we still have trouble dealing with mental illness. Most of the homeless who wander these hills suffer from it in one way or another, and there are few facilities to house and treat them.

You have to wonder if Martin Ramirez would have recovered some of his dignity if he had been properly diagnosed and treated. In a better world, he may have died a rich man. 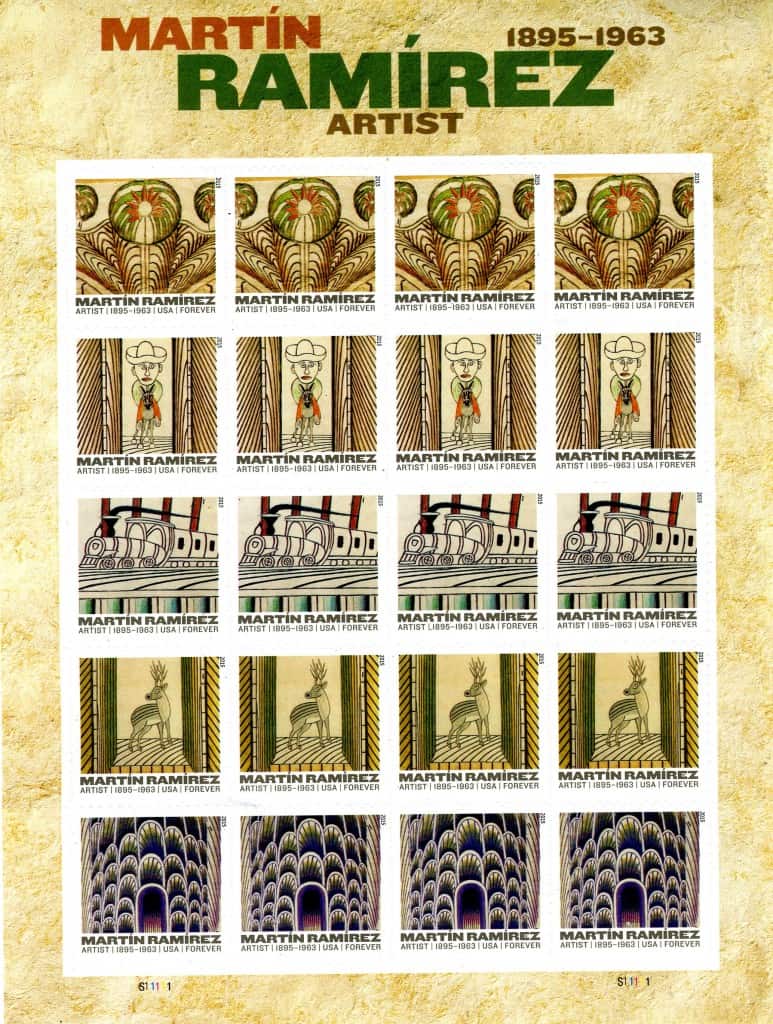